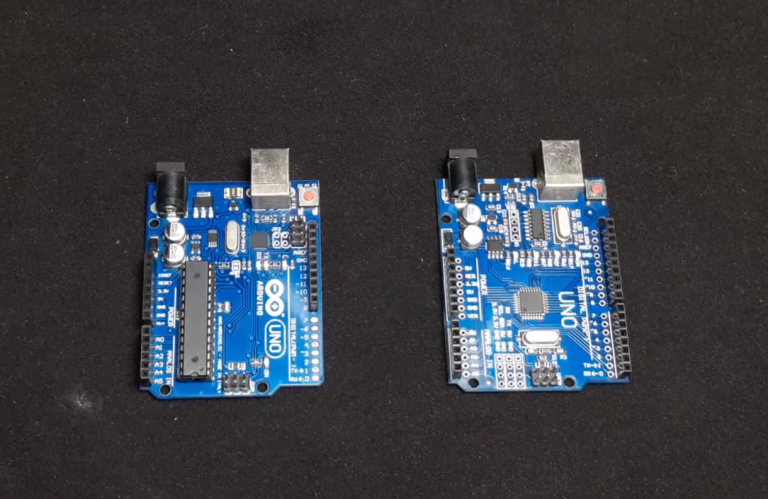 Arduino Clone vs. Original: The Differences

The Arduino platform is Open Source and extremely popular. It is produced by hundreds of manufacturers around the world and is not always legal and of high quality.

There are three categories of Arduino-compatible boards manufacturers.

The Arduino board was developed by a company that was founded by Italian Massimo Banzi. Until now, real Arduino boards are only made in Italy (Torino) and in the USA (New York). You can buy the boards either from an Italian store or from official distributors, the list of which is published on this website. Only such boards have the right to be called “Arduino” and are original.

Arduino policy does not prohibit third-party manufacturers from producing their own compatible boards. The only restriction is that such boards must not be called “Arduino,” as it is a registered trademark. However, it is acceptable to use the ending “duino” in their names, so these boards are often referred to as xDuino. Many large official Arduino distributors produce and sell their xDuino boards. For example, RedBoard from Sparkfun, DFRduino from DFRobot, Seeeduino from Seeed Studio, etc.

These boards are often no worse than the original ones and cost less. Third-party manufacturers are responsible for their quality with their own name, so they make good boards.

The Arduino brand’s popularity encourages many people to produce these boards and illegally print the name “Arduino” and “Made in Italy” on them. They claim to be selling authentic boards, but they are only counterfeit.

Such boards’ quality is low, they are made mostly in China, and it is impossible to establish the true manufacturers because they are hiding behind the Arduino name. There are a lot of such manufactures, they open and close, and their main goal is to make the board and sell it, using the low price as a trump card. 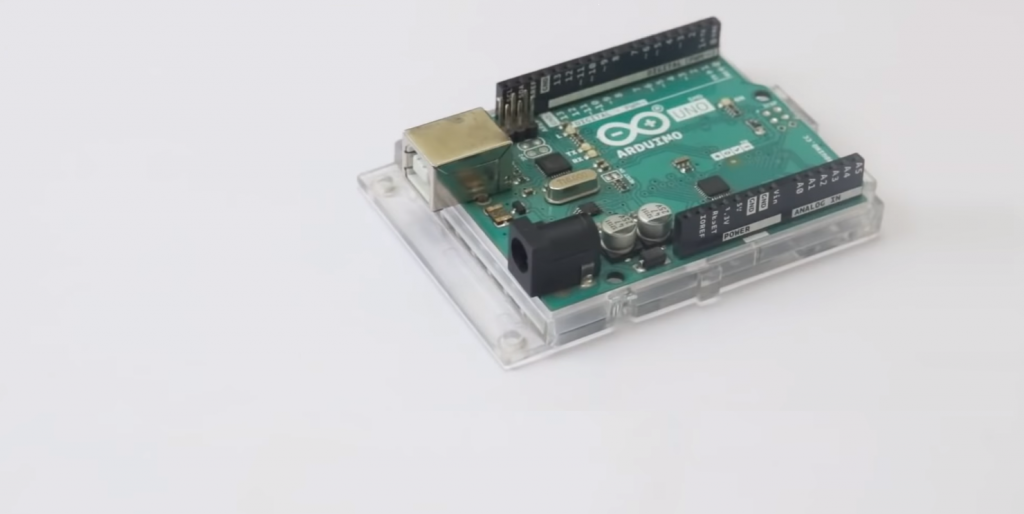 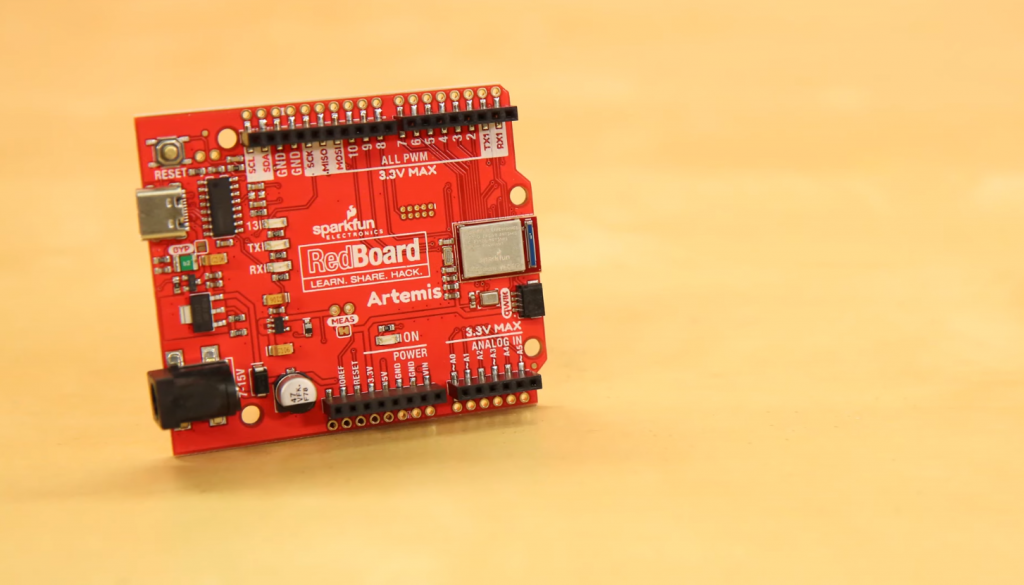 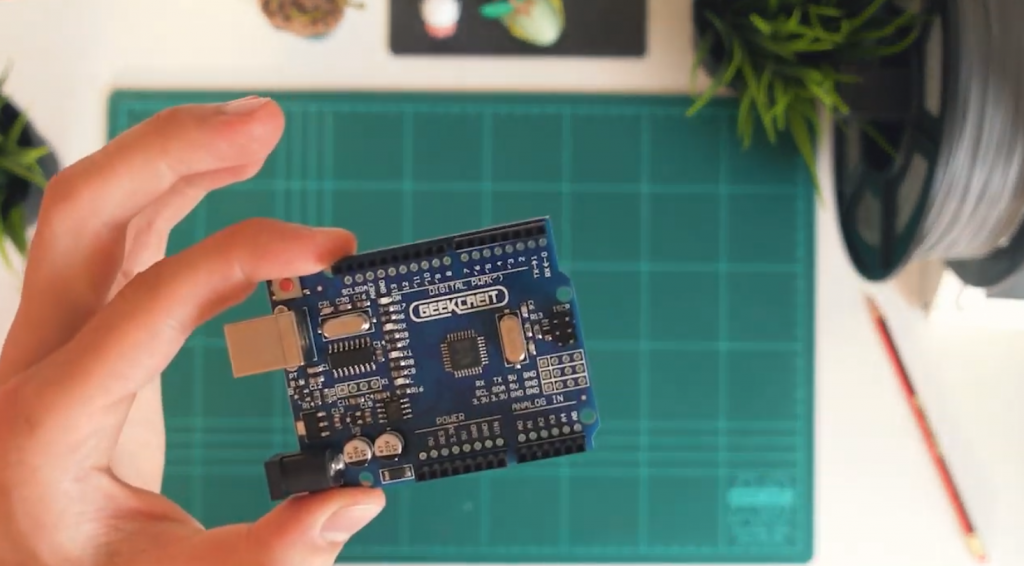 How to Detect the Original Arduino from the Fake?

Many sellers in Russia sell counterfeits. Worse, some sell them for the price of the original, which is confusing at all.

If you are just about to buy an Arduino:

If you have already bought an Arduino, pay attention to the characteristic differences.

Delivery in a Branded Box 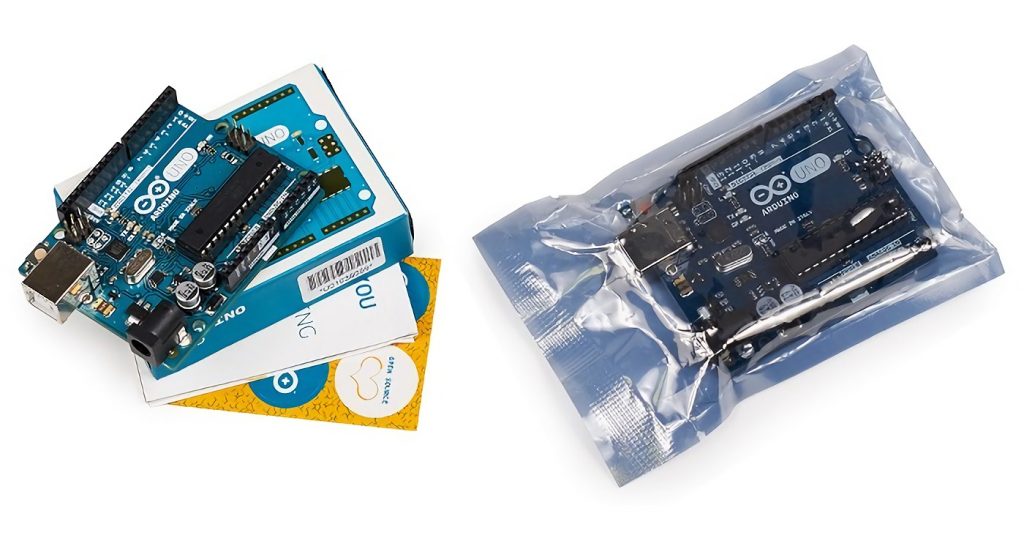 The original Arduino (left) comes in a branded cardboard box. Inside: the board, stickers, an annotation, and a protective plastic backing for the board. The Chinese knockoffs most often come in a simple plastic bag (right).

The Italians use a special mix of several color masks to produce the boards, resulting in a turquoise color, which is difficult to convey even in pictures. Illegal manufacturers usually don’t bother and use a stock dark blue mask.

Some original Arduino boards are available in blue again, so this feature has become less relevant.

On the original boards, you will see duplicate pin signatures right on the plastic pads (left). Illegals don’t bother with this to save money (right).

Fonts are Crisp, and the Silkscreening is Neat 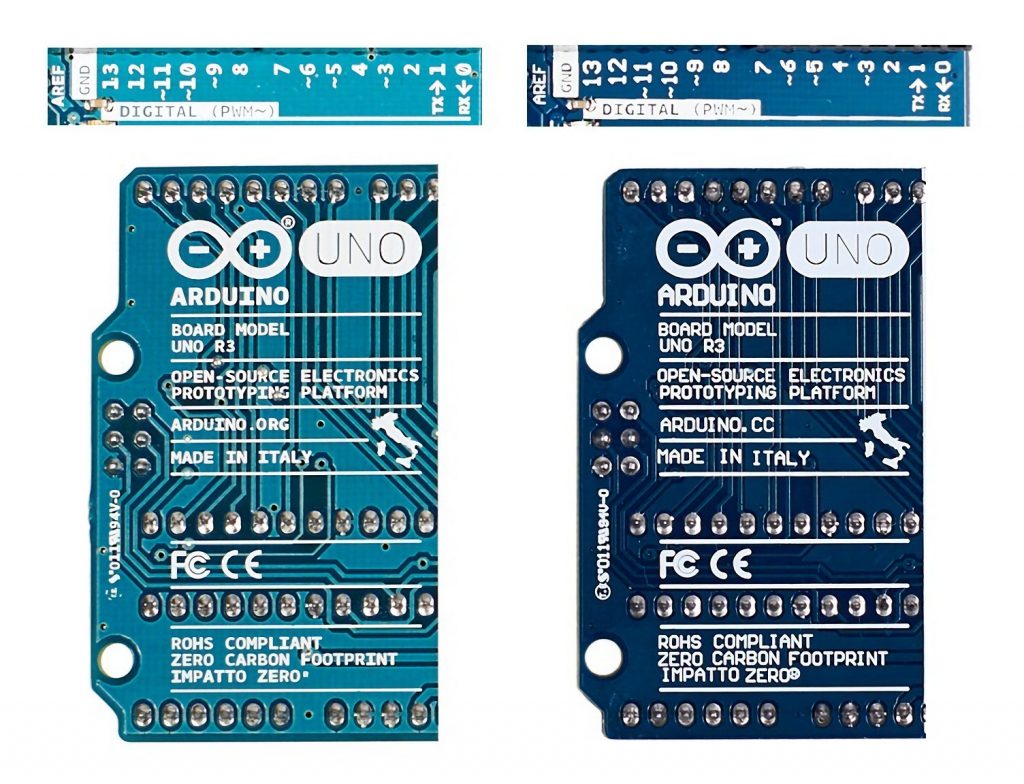 The original boards use a special font that looks like natural printing (left). This font is not available out of the box in preproduction software, so unscrupulous Chinese usually use the standard “drawing font” instead (right).

The quality and accuracy of the equipment used to make the boards are usually lower in the underground, so the fine text and thin lines are often poorly visible, stick together, and smudge.

Original or Chinese Arduino Clone. What to Choose?

The price difference between the Chinese Arduino controller and the original is about 80% to 100%. The difference in soldering quality is 20% to 30%. The soldering of the originals is, of course, a bit more careful and beautiful. Well, this is to be expected given the price of the original – in dollars, it is about 20 and above. There are boards and 25-30 dollars, depending on its revision. The price depends on the model – whether it will be Arduino Nano, or Arduino Uno, or Arduino Mega 2560. 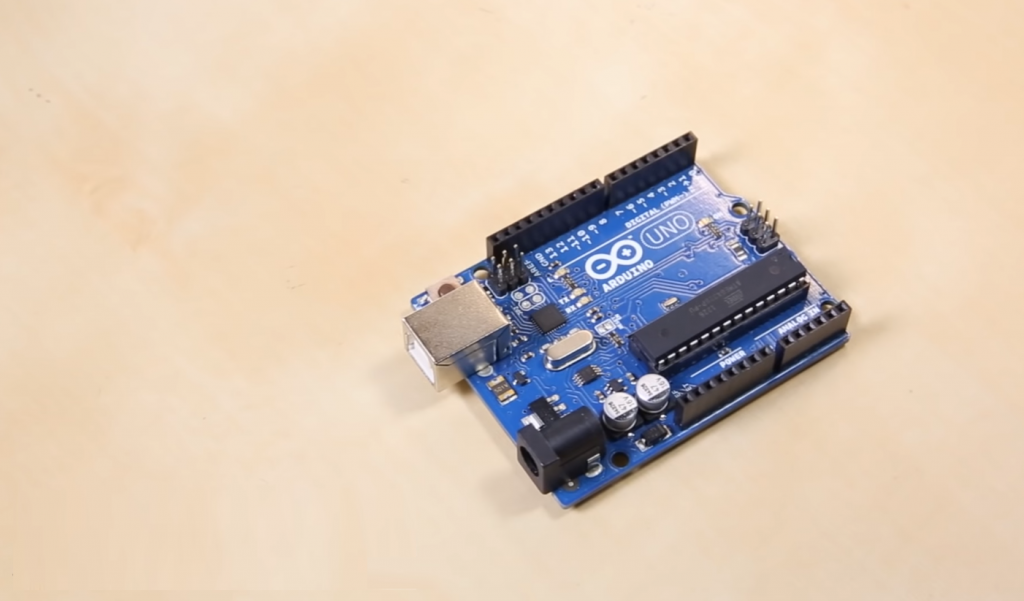 The Chinese have learned how to do excellent soldering. Yes, before the first revision, the Arduino boards I ordered from China were poorly made. They weren’t even washed. I mean, they were washed, but there were white marks on the board. There were even traces of oxide. I had to take the board and wash it out with alcohol myself. Now it’s all done great, and it’s all shiny.

The only thing you will ever see on a Chinese Arduino is the Italian originals. Only the original Arduino board will clearly say Arduino on it. As a result, the Chinese, because the rights to the Arduino brand do not belong to them, can call the board Uno, Mega 2560, Nano, or just do not write anything on it call it something else. There are quite a lot of variations of names. The only thing is that the name Arduino is never used. Naturally, all users call these controllers Arduino.

There are many manufacturers of Arduino boards in China, and the boards’ quality is fundamentally different. Most of the differences are in the appearance, but probably also in the components used.