In the world of electronics, it is important to have the right tools for the job. The choice of if a clamp meter or multimeter is desired for a project is an important decision. It is important to know the differences and similarities between these two types of meters before deciding.

A multimeter is an electronic measuring instrument that combines several measurement functions in one unit. It is used to measure voltage, current, and resistance. Check related tutorial on how to use a multimeter.

What is a Clamp Meter?

A clamp meter is a tool that electricians often use. It can measure current and voltage easily along with electrical lines. This makes it a common tool for them to use in the workplace. 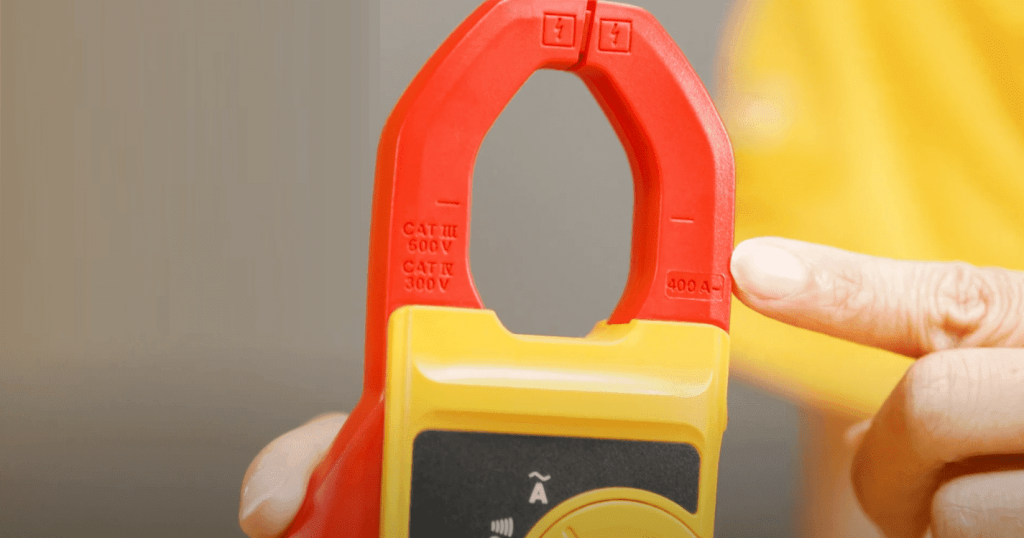 Clamp meters are often portable handheld devices that may include a built-in battery or are powered by an external power supply. It typically has a user interface with an LCD screen and incremental scales.

If you want to know more, check related tutorial on how to use a clamp meter

What Are the Differences Between Clamp Meters and Multimeters?

There are a few differences between clamp meters and multimeters. For example, a clamp meter is designed to measure the electrical current in a circuit by clamping around one of its conductors. The measurement is taken by moving the clamp’s jaws around the conductor until it is closed and then opening it again to measure the current.

If you need to measure voltage, current, and resistance, then you should get a multimeter instead of a clamp meter. A clamp meter is primarily used to test the electrical conductivity of wires.

Clamp Meter vs. Multimeter: Which Is Better for Your Electrical Needs?

Both tools are very useful and depend on the type of work that you are doing. For example, if you need to test electrical wiring in your home, then a clamp meter would be the best option for you because it can be used during live and non-live conditions, while a multimeter would not work with live circuits. It is important to know what tool you are using and what type of work you are doing.

A clamp meter can be used for many applications, but it does not provide all the functionality of a multimeter. If you need to measure voltage, current, and resistance, then you should get a multimeter instead of a clamp meter.

Clamp Meter vs. Multimeter: Which is More Accurate?

Multimeters are a better choice than clamp meters due to their higher level of accuracy, especially on compound functions such as voltage and frequency.

Clamp meters are often used for electrical work because they are more affordable and easier to use.

Should I buy a clamp meter or multimeter?

Does a clamp meter do everything a multimeter does?

A clamp meter is a type of multimeter that can measure voltage, current, and resistance. It can also measure the frequency of an alternating current. It’s not as versatile as many multimeters because it cannot measure some things, such as capacitance and inductance.

Do you need a clamp meter and multimeter?

A clamp meter and multimeter are both tools that can be used to measure electrical current. A clamp meter is typically used in industrial settings, and a multimeter is usually found in homes.

Both of these tools are essential for electronics technicians. However, they are not always necessary for other people. If you don’t need either of these two tools, then it’s best to avoid buying them and save some money in the process!

There are many types of multimeters and clamp meters. Some are digital, some are analog, and some have multiple functions.

Is it easy to use a clamp meter in comparison to a multimeter?

A clamp meter is one of the most popular types of electrical tests used in the industry. They are easy to operate and can save a lot of time during testing. In comparison, a multimeter may be more accurate, but it’s not as popular as clamp meters.

What are the benefits of a clamp meter?

Clamp meters are easy to use because the reading is simply taken by clicking the button on top.

Clamp meters are accurate because they are calibrated to measure accurately.

Clamp meters are able to measure two values simultaneously by taking a single reading from both sides of the clamp.

Yes, a clamp meter can measure DC amps. However, the clamp meter must be grounded in order to do so. Clamps are used to measure the amount of current flowing through an object by measuring a voltage across the object and then dividing it by the voltage across a reference resistor.

What to choose: a clamp meter or a budget multimeter?

Two types of meters are commonly used in electronics projects: clamp meters and multimeters. These devices are used to measure electrical current and voltage, but they also come with different features that make them suitable for different projects.

Related Video: How to Choose Between a Clamp Meter and Digital Multimeter

As you have learned throughout this article, there are a lot of differences between the two types of meters.

In conclusion, it is important that you know the differences between clamp meters and multimeters so that you can choose which type of meter you need for your project!