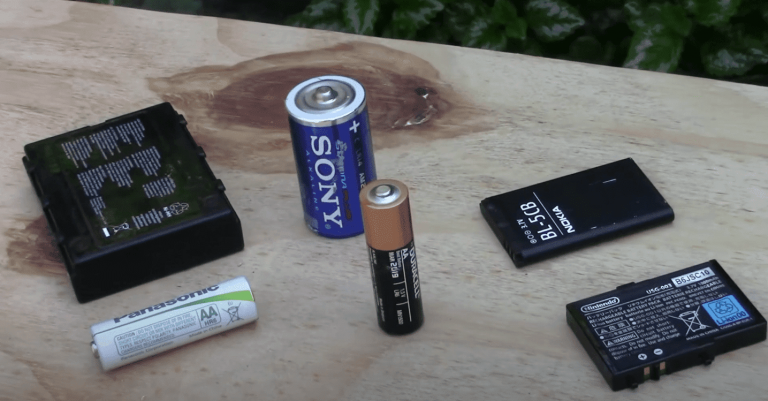 In this article, we will discuss the features of alkaline and lithium batteries, as well as their advantages and disadvantages. They are mostly represented on the market by AA (or R6) and AAA (or R3) cylindrical models, but in fact, there are many more sizes. You can also call C (R14), and D (R20). There are not only cylindrical but also disk (CR) or prismatic. Their differences are not in shape and size but in the type of electrochemical system, which determines their advantages and disadvantages.

We will explore the differences between alkaline and lithium batteries and which one you should use based on your own needs or preferences.

These are standard alkaline batteries. It is a manganese─zinc galvanic battery with an alkaline electrolyte. In most cases, alkaline batteries have a cathode of manganese dioxide (MnO2) with graphite-containing material and an anode of zinc paste (Zn). Less frequently, silver oxide (Ag2O) or nickel-metal hydroxide (NiO(OH)) is used as cathode material. Potassium hydroxide (KOH) is used as the electrolyte.

The inside of the cylindrical element contains zinc powder, which is impregnated with an alkaline electrolyte (anode mass). To remove the negative potential, there is a brass rod in the center that contacts the steel plate at the bottom. Closer to the outer part is the active mass, which is a mixture of manganese dioxide and graphite (soot). From it, the positive potential goes to the nickel-plated steel cup. The cathode and anode are separated by an electrolyte-impregnated separator. 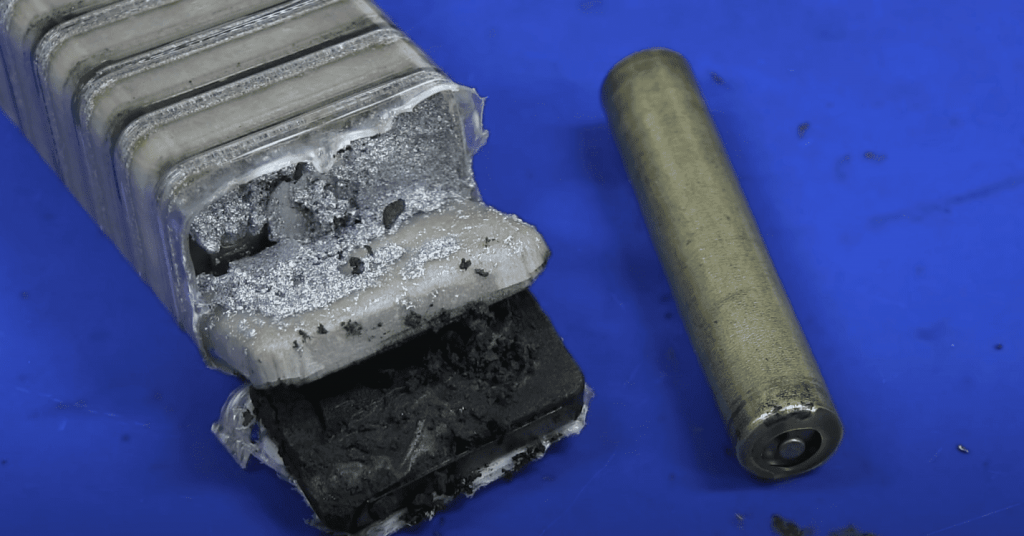 The cathode is insulated by a sheath that prevents short circuits. In the lower part, you can also see a special gasket. Its role is to take the gases generated in the element during operation. If the pressure exceeds the allowable limit, the safety membrane develops and the battery is depressurized. As a result, the electrolyte may leak from the alkaline power source.

The shelf life of alkaline batteries is usually 3 to 5 years. To increase this life, manufacturers add organic corrosion inhibitors to modern models. There are little-used alkaline cells with the possibility of recharging. They are called RAM (Rechargeable Alkaline Manganese), which translates as rechargeable alkaline manganese. But they are not rechargeable batteries and have a maximum of 25 charges.

The following are the main applications.

As you can see, these are devices that draw relatively high currents for short periods of time, as well as those that require low power for long periods of time. If too high a load is applied, the voltage may drop and it will take some time to recover.

In the case of lithium batteries, there are several common types of construction. Cylindrical and disk current sources are discussed below.

For cylindrical models, bobbin and coil designs are used.

In the center of the bobbin design is an electrode sealed with a metal-glass junction. The second electrode of the opposite polarity is made in the form of a cylinder, and between them, there is a separator. 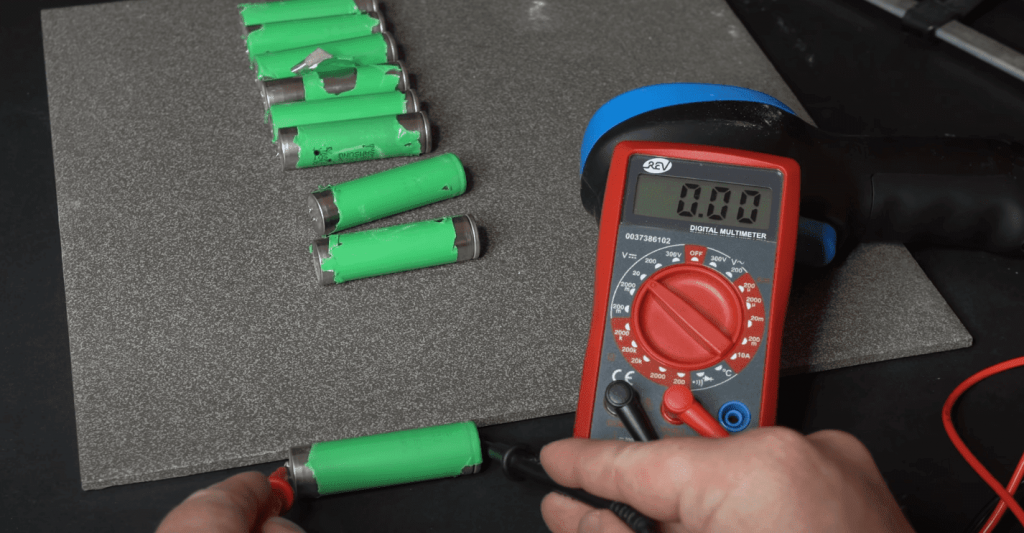 The coiled construction consists of ribbons of anode and cathode and a separator between them. All of this is rolled up and placed in cylindrical housing. In this case, a fairly large electrode area is achieved. Due to this the discharge current increases. In addition, the self-discharge also increases.

In the case of coiled batteries, it is important to take care of safety, since in the event of a short circuit, the current in them can reach up to 20 amperes. If a short circuit occurs, the power cell could explode due to the intense heat. To prevent this, a fusible thermistor, also called a fuse, is included in the design. When the current exceeds a certain value, the thermistor heats up, the resistance of the material increases and the short-circuit current decreases.

When the short circuit is eliminated and the temperature decreases, the resistance of the fuse decreases, and the battery can be used again.

Some manufacturers provide an additional type of protection in the form of a special notch at the base of the negative terminal of the cell. If the pressure inside the case exceeds a certain value, this notch will open and release the pressure. This prevents an explosion. Once opened, the lithium battery is no longer usable.

Disk batteries, like models of bobbin design, have a smaller electrode area than in the case of a roll. However, they have more interacting materials. Because of this, they have a larger available capacity. But they produce a lower discharge current. Therefore, tablets and cylindrical batteries of bobbin design are suitable for use in devices with low to medium current consumption, which work for long periods of time in standalone mode. Lithium batteries are installed in devices that are short on battery life but draw high currents.

Lithium batteries are known to have a relatively long shelf life of 10-12 years, even if they are unused. Manufacturing defects and usage patterns can also impact the lifespan of these batteries.

Which is Better – Lithium or Alkaline Batteries?

At the end, which is better – lithium or alkaline batteries? As in other such cases, there is no unambiguous answer to the question here. The choice must be made depending on the device where the battery will work. We can only outline the advantages and disadvantages of both types.

It can definitely be said that lithium batteries should be chosen when you want to power devices with high current consumption. But it will cost more than alkaline batteries.

Are lithium and alkaline the same?

Why are lithium batteries better?

Lithium batteries are better because they produce more power, last longer, and weigh less than other types of batteries. They are also rechargeable and can provide maintenance-free service for about two decades. This makes them perfect for things like flashlights or smoke alarms that need to have electricity available steadily without interruption or depletion.

What is a disadvantage of lithium batteries?

One of the disadvantages of lithium batteries is that they are not safe at high temperatures.

I would like to thank you for reading this article and I hope it has given you a better understanding of the role of alkaline and lithium batteries.