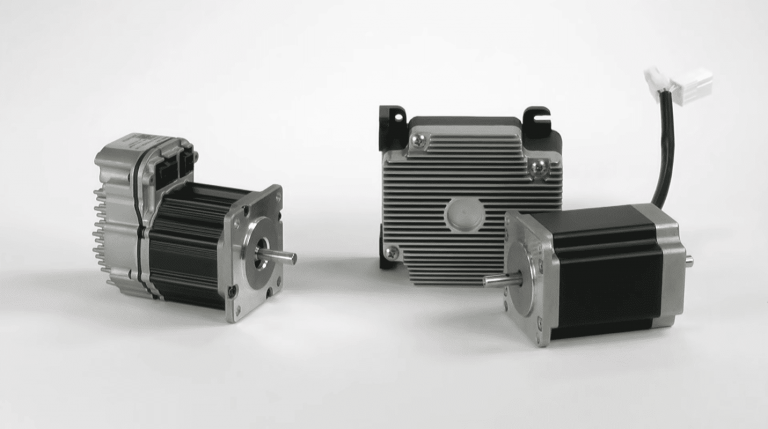 A servo motor is a regular motor with an additional control sensor installed that acts as a feedback device. A stepper motor is a brushless electric motor that works in a board-driver pair. Let’s say right away that servo and stepper motors do not compete.

As we said earlier, the servo motor is a normal motor with an additionally installed control sensor that acts as a feedback device.

During operation, the motor will be held in the set position by the controller. This principle of interconnection makes it possible to achieve high speed and accuracy of the equipment down to one micron. 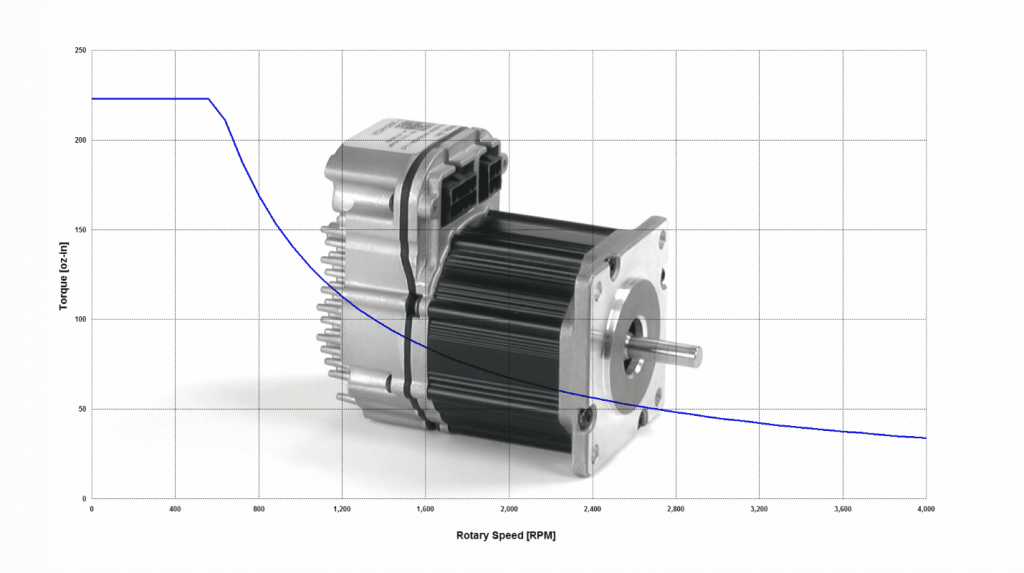 If a normal electric motor is energized, it will rotate.

With this approach, skipping steps is eliminated because the encoder constantly monitors the shaft deviation and corrects the error by reversing the direction of the motor each time.

A stepper motor is a brushless electric motor that works in a board-driver pair. As a rule, stepper motors have several phases (windings) which are switched on alternately by the driver. The motor rotates by applying a short pulse to one of the stator windings, causing the magnetic rotor to move.

Stepper motors are generally low-powered and not designed for high speeds and continuous rotation.

The physical pitch of the motor can vary from 90 to 0.9 degrees, depending on the design of the rotor. The angle can be crushed using software tricks, reducing noise from the drivers, and increasing accuracy by increasing the number of steps per revolution. Accuracy can be up to 20 microns.

Despite the high accuracy of the stepper motor, it has a significant disadvantage: step skipping at higher loads because the motor has no feedback from the controller, and the latter cannot track the work of the stepper motor without an angle sensor. 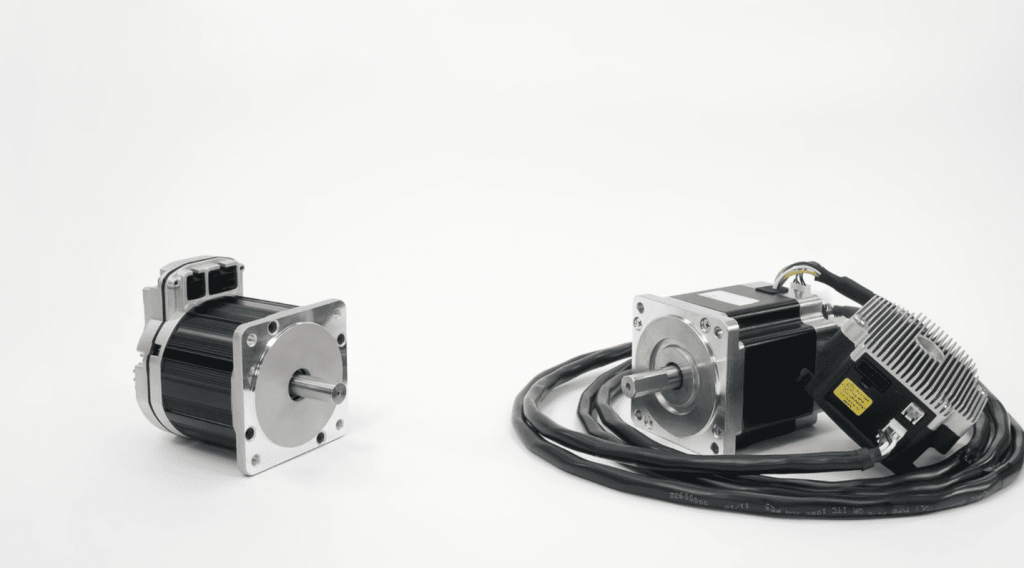 There are encoder stepper motors that are no different from conventional ones, except for the additional angular encoder leads. This solves the problem of skipping but adds a lot to the cost. Plus, you have to have a special controller with a stepper error correction function.

Despite the disadvantages, stepper motors are widely used in large industries as well as domestic applications:

What is the similarity between a stepper motor and a servo motor?

The similarity between a stepper motor and a servo motor is that they both use electromagnets to create motion.

What are the advantages of servo motors over stepper motors?

Servo motors can provide high levels of torque at high speeds. They are also easy to control and can be programmed to do complex tasks, such as moving a robot arm in three dimensions. Servo controllers are also less expensive than stepper controllers and have lower power requirements, making them ideal for mobile robots such as those used in automobile manufacturing or warehouse automation.

Why would you use a stepper motor instead of a servo motor?

The main difference between stepper motors and servo motors is that steppers are typically less expensive than servos. Steppers also do not require feedback from the load to determine how much power must be applied to the motor shaft.

Which is the more powerful stepper or servo?

Stepper motors have a more complicated design, but they are cheaper to manufacture and use. Servo motors are more expensive and require more power to function, but they provide better precision and control.

A servo and a stepper motor are not competitors. A different type of motor must be selected for each task. Thanks for reading!