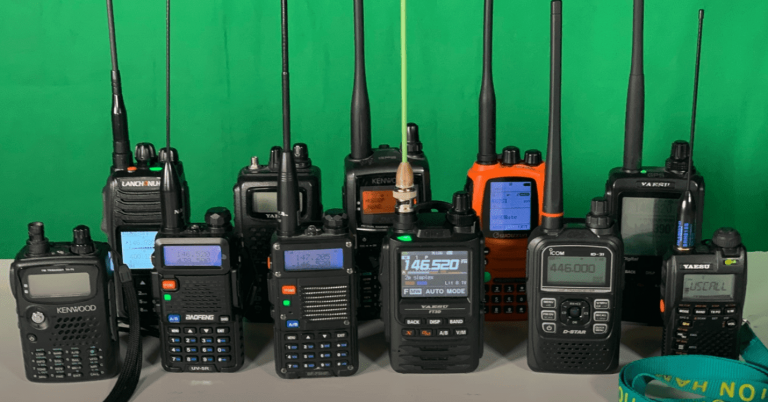 How Far Can a Ham Radio Reach: Easy Explanation

Ham radio is a great way to stay in touch with friends and family who live far away. With a good antenna and some practice, you can easily achieve distances of hundreds of miles.

Contents show
1 Ham Radio’s Range, Before and Today
2 What is the Range of Ham radio, CB, FRS, GMRS and MURS?
2.1 Ham Radio
2.2 CB Radio
2.3 FRS Radio
2.4 GMRS Radio
3 Understanding Long Distance Ham Bands
4 Long Range Communications Using Ham Radios and Satellites
5 Emergency radios: Ham vs. CB vs. FRS vs. GMRS vs. MURS
6 Do You Need a License to Use Ham Radio?
7 How to Get a Ham Radio License?
8 How to Prepare for the Ham Radio Test?
9 FAQ
9.1 Can ham radios travel around the world?
9.2 How far can a 50 watt ham radio transmit?
9.3 How far can a 100 watt ham radio transmit?
9.4 What is the longest range ham radio?
9.5 What countries prohibit ham radio?
9.6 How do I increase the range of my ham radio?
9.7 Can you use a ham radio as a walkie talkie?
10 Related Video: How Far Can You Talk on Ham Radio?
11 Conclusion

Ham Radio’s Range, Before and Today

Ham radio is a form of communication that has been around for many years. It was used before phones and the internet were around. Ham radio is still used today, but its range is not what it used to be. 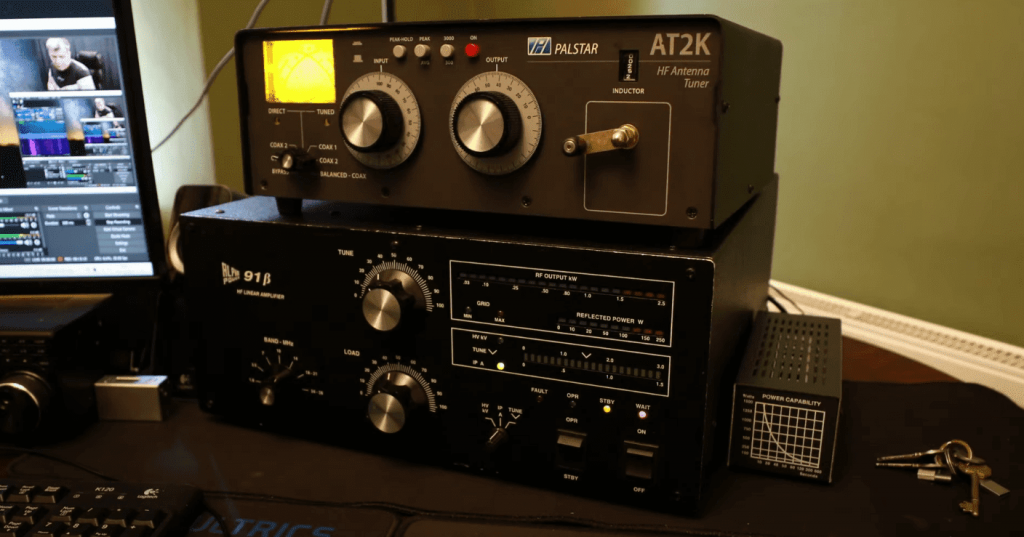 Today, Ham Radio is not as popular as it once was.

What is the Range of Ham radio, CB, FRS, GMRS and MURS?

The maximum range of a ham radio is about 6430 kilometers (4000 miles). Ham radios are able to transmit farther than CB radios because they use more bandwidth and higher power levels.

CB radios have a maximum range of about 4 kilometers (2.5 miles). They are limited in range because they use less bandwidth and lower power levels than ham radios.

FRS radios are limited to communicating with other FRS radios within a distance of 2 kilometers (1.25 miles). Because these radios use low power levels, their range is shorter than that of CB or ham radios.

GMRS radios are limited to communicating with other GMRS radios within a distance of 5 kilometers (3.1 miles). They use more power than FRS radios, which allows them to communicate over greater distances.

Ham radio enthusiasts have many options when it comes to chatting with others around the world. There are a variety of bands that allow for long-distance communication, and each has its own benefits and drawbacks.

The high frequency (HF) bands are often thought of as the best option for long-distance ham radio chatter. These bands offer great range, and can be used to communicate with people all over the globe. However, they can be quite noisy, making it difficult to hear other stations. 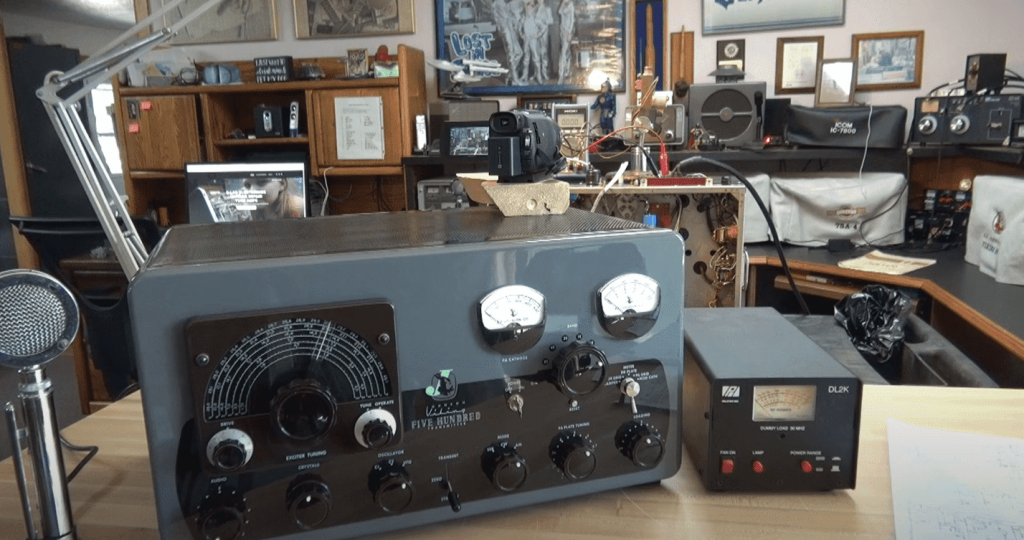 The low frequency (LF) and very low frequency (VLF) bands offer a more stable signal than HF, making them ideal for long-distance communication. However, they don’t offer the same range as HF bands, so they may not be suitable for everyone.

Ham radio enthusiasts have been able to communicate long distances using repeaters and satellites for many years. Ham radio uses frequencies that are allocated by the FCC and other international regulatory organizations. These frequencies allow for long distance communications without having to rely on the traditional telephone or cellular network.

Another way to use ham radio for long distance communication is by using repeaters or antenna tuners. Repeaters are essentially radio stations that are set up in strategic locations so that they can relay messages from one area to another.

Emergency radios: Ham vs. CB vs. FRS vs. GMRS vs. MURS

Emergency radios can be a life-saving piece of equipment, and it’s important to know the difference between the types available. Ham radios are used by licensed operators and can communicate with other ham radios across the country. CB radios are less expensive, and while they can also communicate long distances, they are not as clear as ham radios. FRS radios are typically used for short-range communication, and don’t require a license. GMRS and MURS radios have similar capabilities, but GMRS requires a license. It’s important to research which type of radio is best for your needs before purchasing one.

Do You Need a License to Use Ham Radio?

The answer is yes, you do need a license to use ham radio. The FCC regulates the use of ham radio and requires users to have a license. There are three types of licenses: Technician, General, and Amateur Extra.

The Technician license is the most basic license and is good for voice communications and limited data transmission. To obtain a Technician license, you must pass an exam that covers basic electronics theory, regulations, and operating procedures.

The General license allows access to all frequencies in the amateur band and permits voice and data transmission using most digital modes. The Amateur Extra license is the most advanced license and gives you access to all amateur frequencies.

How to Get a Ham Radio License?

To obtain a ham radio license in the United States, you must pass a test administered by the Federal Communications Commission (FCC). The Technician Class license is the most basic license, and it allows you to operate on frequencies in the VHF and UHF bands. To qualify for the Technician Class license, you must pass a 35-question test that covers topics such as electronic theory, antennas, and operating procedures.

The highest level of ham radio licensure is the Amateur Extra Class license. This license allows you to operate on all amateur frequencies. If you want more details about getting a ham radio license, check this article.

How to Prepare for the Ham Radio Test?

If you’re interested in Amateur (Ham) Radio, one of the first things you’ll need to do is take the Technician Class license exam. This exam is made up of 35 questions and covers basic regulations, operating practices, and electronics theory.

To prepare for the test, you’ll want to study the questions and answers found in the ARRL Ham Radio License Manual. This book covers everything you need to know for the Technician Class exam. In addition, there are a number of online resources that can help you prepare for the test, including practice exams and flashcards.

Once you’ve studied up on the material, it’s time to get some hands-on experience. One way to do this is by attending a local Amateur Radio club meeting or event. There, you can meet other hams and get help with your questions.

Can ham radios travel around the world?

Ham radios can travel around the world, but they need to be in contact with a station that is in the same country as the ham radio.

How far can a 50 watt ham radio transmit?

A 50 watt ham radio can transmit up to about 5 miles. However, the distance that the signal can travel depends on a number of factors, including the terrain and weather conditions.

How far can a 100 watt ham radio transmit?

What is the longest range ham radio?

There are a few countries that prohibit ham radio. These include North Korea, Iran, and Cuba.

How do I increase the range of my ham radio?

Can you use a ham radio as a walkie talkie?

Related Video: How Far Can You Talk on Ham Radio?

In conclusion, ham radios can reach a great distance when used correctly. They provide a way for people to communicate with others in times of emergency or when other methods of communication are not available. Ham radios can also be used for recreational purposes, such as talking to people in other parts of the world. If you are interested in learning more about electronics, check website updates. Thanks for reading!