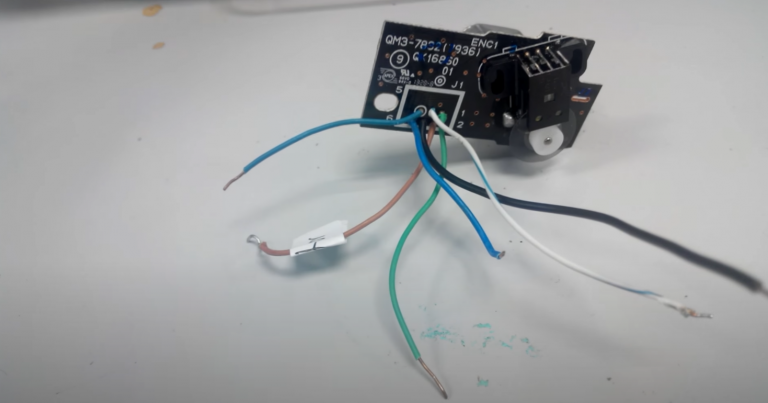 What is an Optical Encoder? Explained for Beginners

Recently I wrote about linear encoders, and in this article, I’m going to tell you about optical encoders.

An optical encoder is a motion sensor based on an LED and an infrared receiver element between which a disc rotates, divided into translucent and opaque zones.

Optical encoders are used to determine parameters such as angular position, direction, speed, and rotation frequency of a moving object.

Advantages and Disadvantages of Optical Encoders

When choosing a device for your purposes, you should consider the following advantages and disadvantages of optical encoders:

Advantages – high resolution, wide availability, high accuracy. Optical encoders do not require the installation of additional electronics. Their output signal can be used immediately in the main control system. In addition, they are easier to select and implement.

The disadvantages are fragility, susceptibility to foreign substances and high temperatures, the possibility of sudden breakdown. The main disadvantage of such sensors is that they are not designed for adverse operating conditions, such as vibration, shock, foreign objects, or extreme temperatures. It is almost impossible to detect an impending failure in advance.

Optical encoders are used extensively in applications such as electronics, medical and healthcare, aerospace, science and research, and precision machining. Each specific application places very specific demands on the encoders used.

Resolvers used to be much more common than optical encoders, but that has now changed, with many different encoders available from a wide variety of manufacturers to suit different customer needs.

What is the output of the optical encoder?

Why do we use an optical encoder?

The optical encoder uses the optical pulses that have been transmitted through the slit to convert them into electrical signals and then transmits them. As a result, an optical encoder is easier to improve accuracy and resolution than magnetic encoders, and it can be utilized in circumstances where a strong magnetic field is produced.

What is an optical rotary encoder?

How does the optical linear encoder work?

An optical linear encoder transmits a signal using light or a laser beam. Additional elements are incorporated into the design to improve the light pulses’ quality and direction (lenses, scanning reticles, etc.). Linear equipment works in a similar way to rotary encoders, but instead of a wheel, they utilize a scale.

Now you know what an optical encoder is and a little bit about how it works. As you can see, they are incredibly useful devices that allow us to track motion and position with incredible accuracy. So the next time you see one in use, be sure to take a closer look and appreciate all the work that has gone into making it possible!