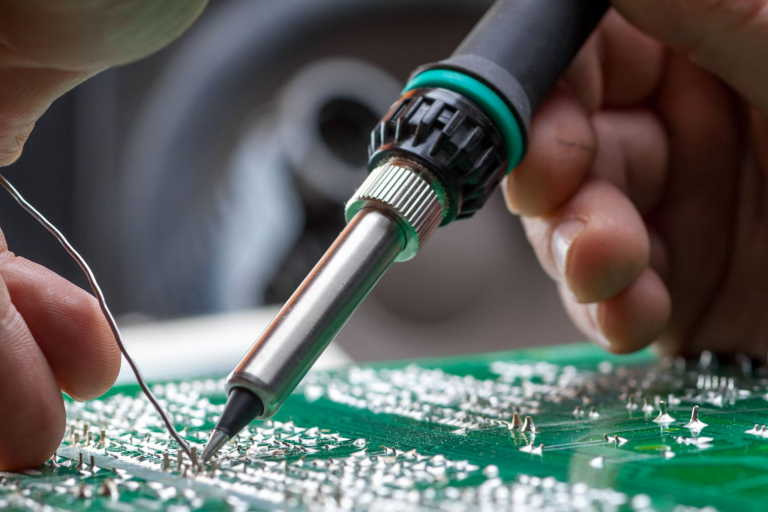 How Long Does It Take for a Soldering Iron to Heat Up?

Heatup time is an important thing to consider with any soldering iron. Depending on your need for immediacy, this factor can make the difference between getting what you want to be done quickly or having to wait around with nothing to do. If you don’t plan on leaving your soldering station unattended while the soldering iron heats up, then you can skip this section. However, if you do need to leave for a couple of minutes or hours, then read on, and perhaps we’ll be able to provide some insight into the length of time it takes for a soldering iron to heat up and possibly how long it will stay hot enough for use without needing to reheat again.

How Long for Soldering Iron to Heat Up?

It might take anywhere from 25 to 80 seconds for a soldering iron to reach its maximum temperature.

Heating times of soldering irons vary greatly from unit to unit. This is primarily due to the power output and efficiency of the heating components used in each specific model. However, the shape and design (including weight) also play an important part in how quickly heat up occurs and the rate at which heat is transferred once heated. For example, smooth-bodied tips transfer more energy than chisel tips, taking longer because there is more surface area for the heat to travel into. Also, large tips like a chisel and scribing irons take longer because there is more metal to heat up than fine point soldering iron tips which transfer energy much easier (and therefore take less time) due to their smaller contact surface.

Instant-on soldering irons are designed with special high-wattage heating elements that allow them to be turned on before the user has even placed the tip on target. These types of irons can reach working temperature in seconds after being plugged into an outlet or power supply. Higher wattage usually means quicker heat up times since more heat output is produced by the tip’s heating element when compared against lower wattage models. If you’re shopping for a set of irons like these, look for those with the highest wattage rating you can afford. Most of today’s low-cost soldering irons run anywhere from 40-100 watts, whereas more expensive models produce as much as 200 watts and higher. You should purchase units with enough power to do what you plan on doing. For example, if you’re assembling high-quality printed circuit boards at home, then 100+ watts would be best since gaps between connections might require more heat than an average electronic toy or gadget repair.

Of course, if your iron takes longer than expected to heat up and reach the temperature rating it says on its casing, there are still some things you can try before assuming it’s faulty and returning it. Multiple variables could be the cause of your problems. If you notice inconsistent heat up times, try using different power outlets or sockets to see if this might be the reason it’s not heating like it should (it may simply need more voltage to perform at its optimum level). Also, know that not all soldering irons are created equal, and while some models meet their published specs, others just barely do so. This is especially prevalent in low-priced models, which can give less than expected results for what they’re actually worth.

Factors When Choosing a Soldering Iron

There are several other factors to consider when selecting a soldering iron, including tip-to-handle attachment systems, size & weight, ergonomics, attachments & accessories available, and reputation/quality, among other things. Temperature is one of the most important factors when considering which iron to choose. Higher temperatures are better for certain applications but can easily cause damage to components on the board, especially on sensitive integrated circuits where heat buildup could ruin them over time. On the other hand, lower temperature models penetrate circuit boards slower but are usually safer for delicate components. In addition, some irons have built-in features that help prevent overheating of components by shutting down or dropping in the power output when internal sensors become overloaded with heat.

There are many different factors to take into consideration when selecting the suitable soldering iron for you. If your skillset includes doing intense electronic repairs or assembly work, look for irons capable of producing high wattage and quick heat-up times despite having low-cost heating elements (most inexpensive models use them anyway). If not, then check out cheaper options that would be best suited for occasional hobbyists & beginners who only need their equipment for basic tasks like assembling small gadgets or repairing toys.

You can also choose among various irons with additional features to enhance your experience. All in all, do your research before buying a new soldering iron so you know what to expect from it based on what it’s advertised as being able to do. Thank you for reading this guide, and we hope it helped!