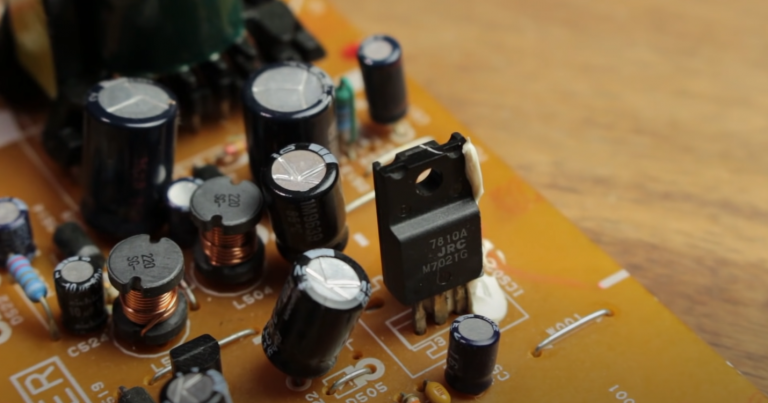 Capacitors in Series, Parallel and Mixed: Explained for Beginners

In electrical circuits, there are various ways of connecting capacitors. For example, capacitors can be connected in series, parallel, and parallel-series (the latter is sometimes called mixed capacitor connection). The available types of capacitor connections are shown in the figure below. 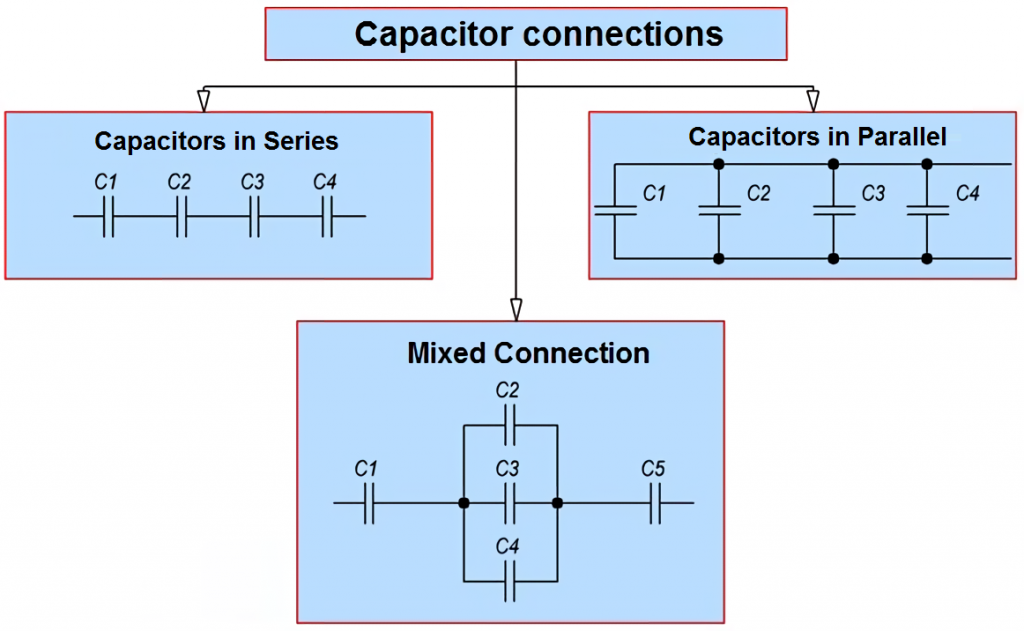 The last + sign and the ellipsis indicate that this formula can be used for four, five, or any number of capacitors.

If, however, the capacitors in a battery are connected in the form of a chain, and the plates of only the first and last capacitors are directly connected to the connection points in the circuit, such a connection of capacitors is called a series connection. 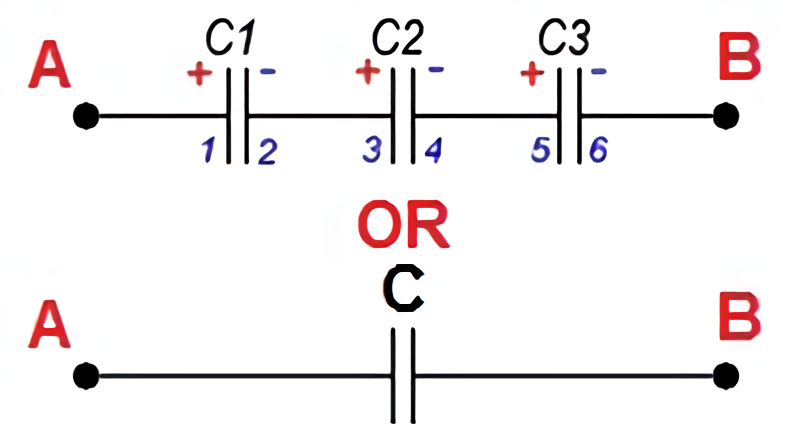 It is most convenient to use the following formula to calculate the total capacitance of capacitors connected in series:

For the special case of two capacitors connected in series, the formula for calculating their total capacitance will be as follows:

The illustration below shows an example of a mixed-capacitor circuit. 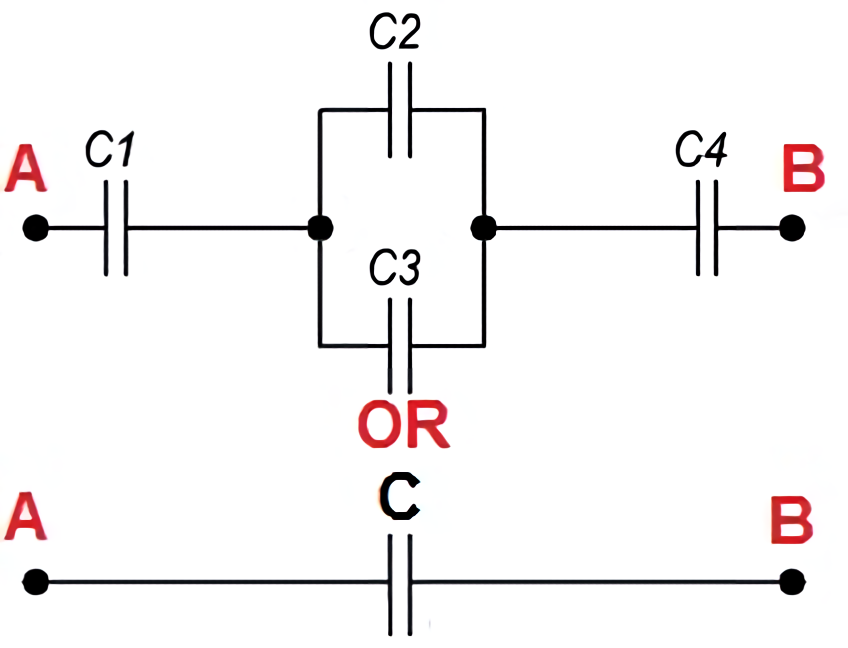 One example of a mixed capacitance calculation is shown in the figure below. 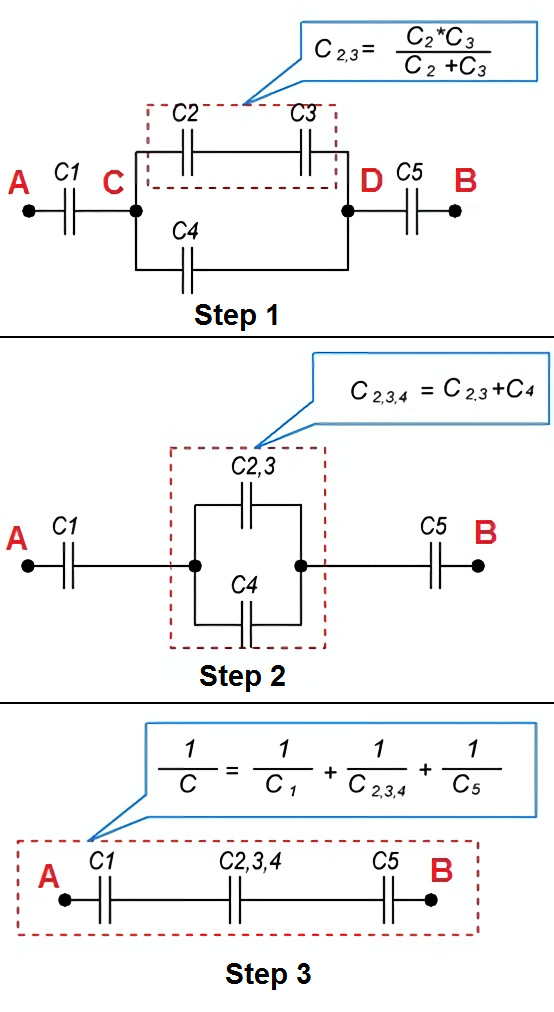 Now you know about the series, parallel and mixed connection of capacitors. Have you found this article useful? Or maybe you still have questions? Feel free to write in the comments!