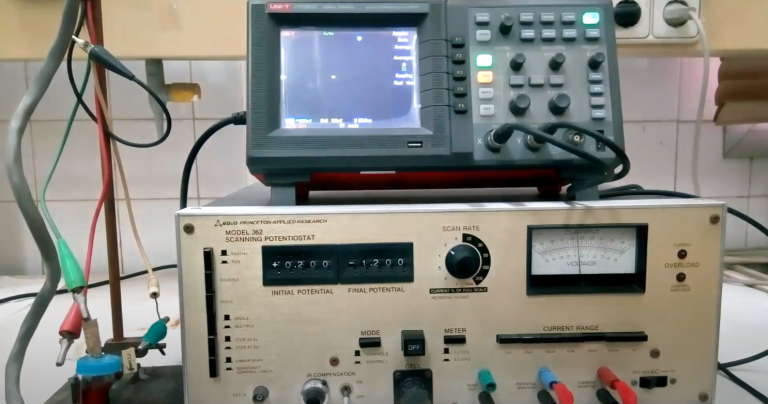 What is a Potentiostat? Guide for Beginners

In this article, you will find information about potentiostat.

So What is a Potentiostat?

A potentiostat is an electrochemical instrument designed to control the working electrode’s potential in a multi-electrode cell. The potentiostat is equipped with many internal circuits that allow it to function in this capacity. These circuits generate and measure potentials and currents. External wires connect these circuits to electrodes in the electrochemical cell via a cable.

The operational amplifier (op-amp) is the fundamental electronic component of a potentiostat. A feedback mechanism is created when part of the op-amp output signal is fed back into itself. Thus, the potentiostat can control the potential of the working electrode via feedback.

While working with a potentiostat, the current through an electrochemical system is determined by measuring voltage. This means that when there is no current flowing between two electrodes in the cell, the potential of these electrodes are equal to each other, which implies they don’t have any voltage across them. However, if you apply some bias on one electrode, then it will start attracting electrons from another electrode nearby, and this way, electron flow sets up between those two points. Therefore, by applying small changes in voltages at different points around the cell circuit during the electrolysis process, we can easily control or regulate how much charge flows through it, i.e., the number of applied currents too!

An operational amplifier is a device that amplifies an input voltage by converting it to a DC voltage. As seen in the figure, the op-amp symbol is a triangle with inputs along the vertical line and an output at the point opposite the inputs. A differential value between two potential inputs, known as the “difference,” is used to enter the op-amp’s non-inverting input, which is also referred to as ∈+ (non-inverting input) or ground potential. External feedback circuitry may be configured to reduce the gain to a user-selectable value. Some amplifiers have a fixed gain of 1 and only output the difference between the two input voltages. The output voltage, Vo, is equal to the product of the gain and difference in input voltages. For simplicity, several particular elements of the op-amp circuit diagram are omitted for clarity. 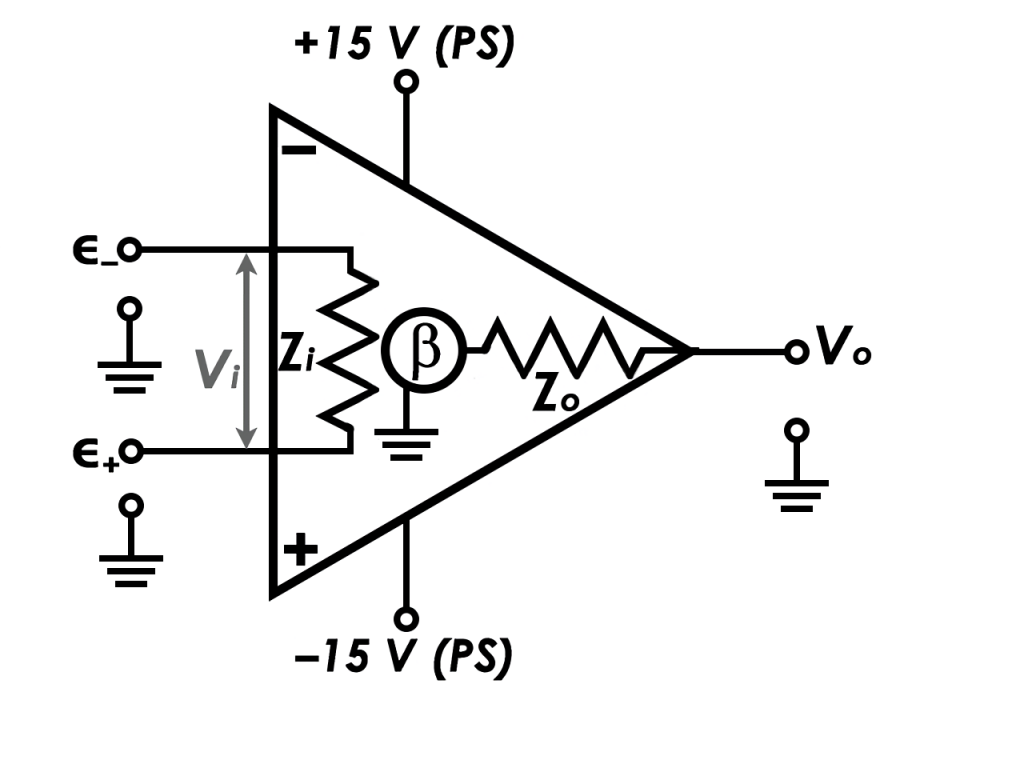 We may describe how a potentiostat works based on the illustration below if we understand how an operational amplifier works. 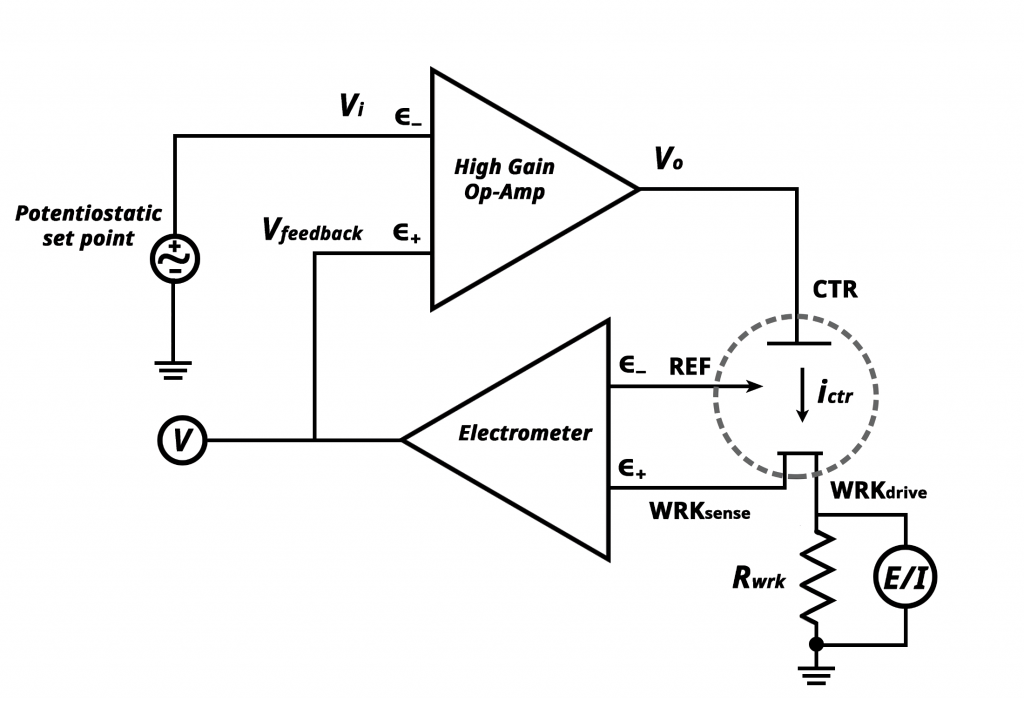 What is the use of potentiostat?

The potentiostat is a device that regulates the voltage difference between a working electrode and a reference electrode.

What is the difference between potentiostat and galvanostat?

Potentiostats are instruments that ensure that the potential (voltage) between a working electrode and a reference electrode remains constant. For example, galvanostats are used to keep an electrolytic cell’s current flow constant.

What is the potentiostatic method?

Potentiostatic, like galvanostatic and potentiodynamic, is a type of polarization technique that allows for the controlled polarization of metal surfaces in electrolytes to observe cathodic and anodic behaviors.

Who invented the potentiostat?

In the 1940s, Archie Hickling, at the University of Leicester, England, developed the potentiostat and gave it its distinctive name.

What is potentiostatic deposition?

Related Video: What is a Potentiostat and How Does it Work?

The potentiostat is an instrument that controls and regulates voltage difference between a working electrode and a reference electrode. Potentiostats are used in electrochemistry, as well as numerous other applications. A galvanostat can be considered to be a special type of potentiostat. Operating principles vary among different types of potentiostats, but they all have one thing in common, i.e., their inputs come from external circuits via cell cables which allow them to work with specific electrodes involved in the electrolysis process for investigation purposes!

I hope you found this post informative. Please remember to leave comments in the section below if you want some more information on potentiostat!