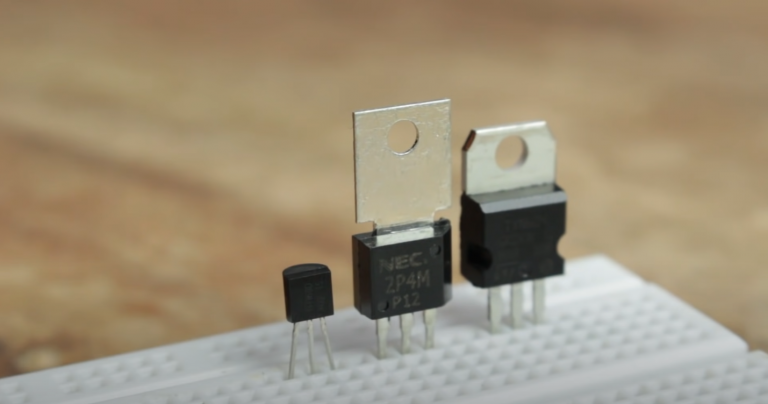 To understand how a circuit works, you need to know the action and purpose of each of the elements. This article will consider the principle of thyristor, the different types, modes of operation, characteristics, and types. We will try to explain everything as clearly as possible to understand even for beginners.

What is a Thyristor?

A thyristor is a semiconductor element that has only two states: “open” (current flows) and “closed” (no current). And both states are stable, i.e., the transition occurs only under certain conditions. The switching itself is very fast, though not instantaneous.

The way it works can be compared to a switch or a key, except that the thyristor switches with a voltage and is switched off by the loss of current or by removing the load. So it’s easy to understand how a thyristor works.

A thyristor usually has three outputs. One control and two through which current flows. You can try to describe the principle of operation briefly. When you put voltage to the control output, the circuit through the anode-collector is switched. So it is comparable with a transistor. The only difference is that the amount of current flowing in a transistor depends on the voltage applied to the control pin. A thyristor is either fully open or fully closed.

There is also a dynamic parameter – the transition time from closed to open state. In some circuits, this is important. It can also specify the type of performance: by the time of opening or closing.

The thyristor appearance depends on the date of manufacture. Older thyristors are metal, “flying saucer” shaped with three leads. Two leads – cathode and control electrode – are on the “bottom” or “cover” (it depends on which side you look at it). And the control electrode is smaller in size. The anode can be on the opposite side of the cathode or stick out sideways from under the washer that is on the case. 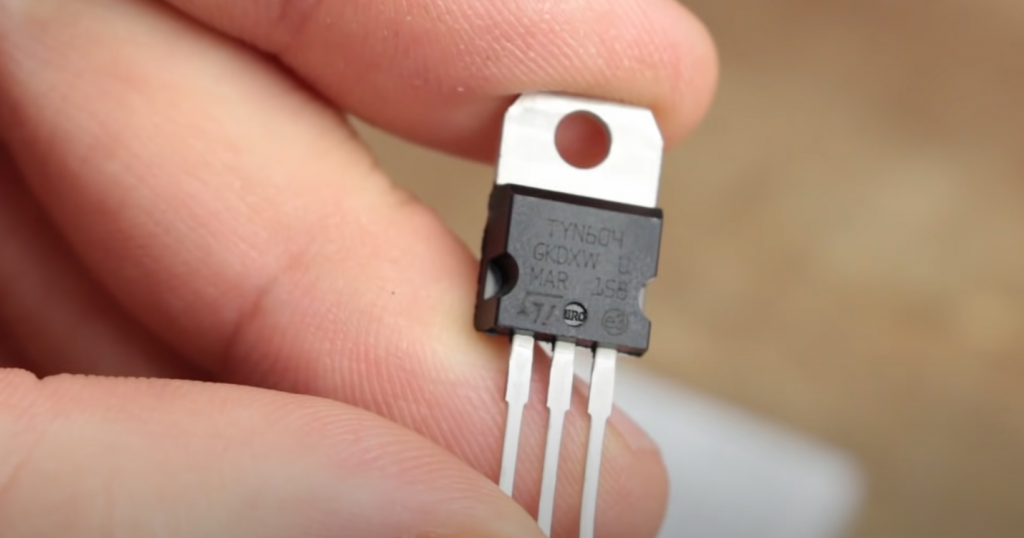 Modern thyristors look different. It is a small plastic rectangle with a metal plate on top and three leg pins on the bottom. The modern version has one inconvenience: it is necessary to look at which of the pins is the anode, where the cathode and the control electrode are. As a rule, the first is the anode, then the cathode, and the rightmost is the electrode. But this is, as a rule, that is, not always.

Let’s look at the principle of thyristor operation. The element’s starting state is closed. “The signal for switching to the “open” state is a voltage between the anode and the control pin. There are two ways to return thyristor to the “closed” state:

The thyristor is usually reset by the second option in circuits with alternating voltage. However, alternating current in a domestic circuit has a sinusoidal shape when its value approaches zero and resetting occurs. Therefore, it is necessary to either forcibly remove the power or remove the load in circuits powered by DC sources.

That is, the thyristor works differently in DC and AC voltage circuits. After a brief appearance of voltage between the anode and the control pin in a DC circuit, the element goes into the “open” state. Then there can be two possible developments:

So in DC circuits, there are two ways to use a thyristor – with and without an open state hold. But more often, the first type is used – when it remains open.

The working principle of the thyristor in AC voltage circuits is different. The return to the locked state is “automatic” – when the current drops below the holding threshold. However, if the anode-cathode voltage is supplied continuously, we get current pulses at the thyristor output with a certain frequency. This is how switching power supplies are built. They use a thyristor to convert a sine wave into a pulse.

You can check the thyristor with a multimeter or by making a simple test circuit. If you have the technical specifications in front of you, you can check the junction resistance simultaneously.

Let’s start with a multimeter wiretap. Set the device to the “Probing” mode.

Then we touch the probes to the pairs of leads one by one:

Note that the resistance value varies from series to series – do not pay much attention to this. However, if you want to check the junction’s resistance as well, look at the specifications.

Thyristor Testing With a Light Bulb and DC Power Supply

If you don’t have a multimeter, you can test a thyristor with a light bulb and a power supply. Even an ordinary battery or any other DC voltage source will do. But the voltage must be sufficient to light the bulb. Another resistance or a normal piece of wire is needed. 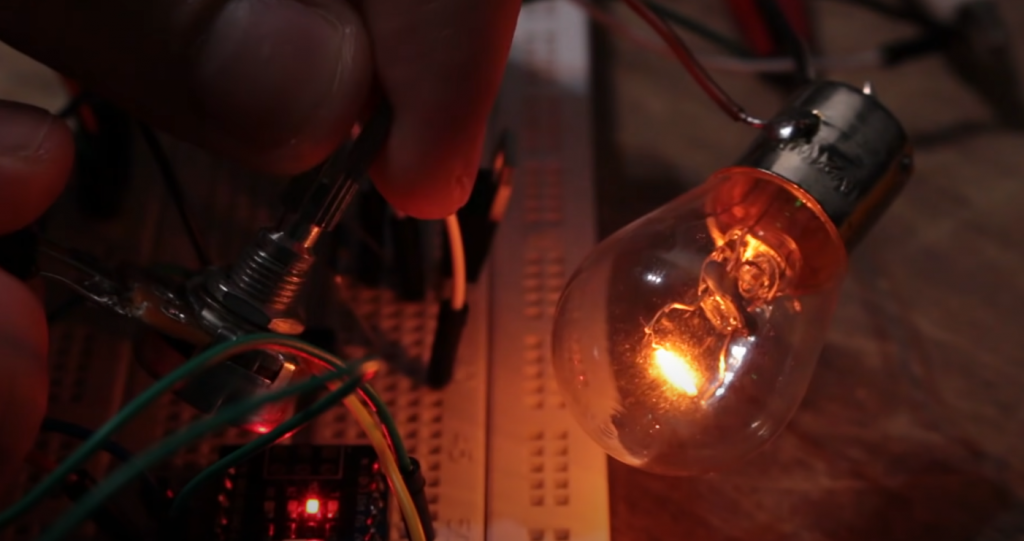 Along with the test, this circuit allows you to understand how the thyristor works.

Types of Thyristors and Their Special Features

Semiconductor technology is still being developed and improved. As a result, new varieties of thyristors have appeared over several decades, which have some differences.

There are also different types of thyristors according to the locking method. In one case, reducing the anode current below the holding current is sufficient. A locking voltage is applied to the control electrode in the other case.

We said that thyristors only conduct current in one direction. There is no reverse conductivity. Such elements are called reverse-conductive, but there are more than that. There are other variants:

Thyristors can operate in the key mode. When a control pulse arrives, they supply current to the load. The load, in this case, is calculated based on the open voltage. It is also necessary to consider the highest power dissipation. In this case, it is better to choose metal models in the form of a “flying saucer”. It is convenient to attach a radiator to them – for faster cooling.

Thyristors by Special Modes of Operation

We can also distinguish the following thyristor subtypes:

The main use of thyristors is as an electronic switch, serving to close and open an electric circuit. In general, many familiar devices are built on thyristors. For example, daisy chain running lights, rectifiers, pulse current sources, rectifiers, and many others.

Related Video: How Does a Thyristor Work?

A thyristor is not a full control switch. If there is a holding current, the thyristor remains in the open state, even if you stop applying a signal to the control junction.

Thank you for reading this article. If you still have questions, write your comments!