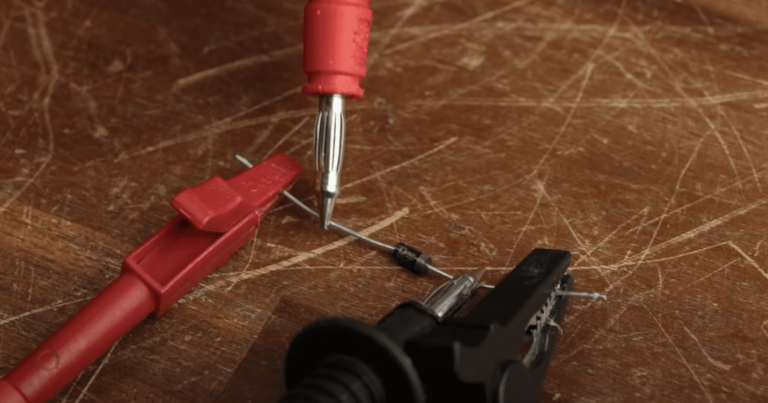 What is a Zener Diode: Ultimate Guide

The Zener diode is a special diode that is capable of operating under reverse bias conditions in the breakdown zone without any damage to itself. 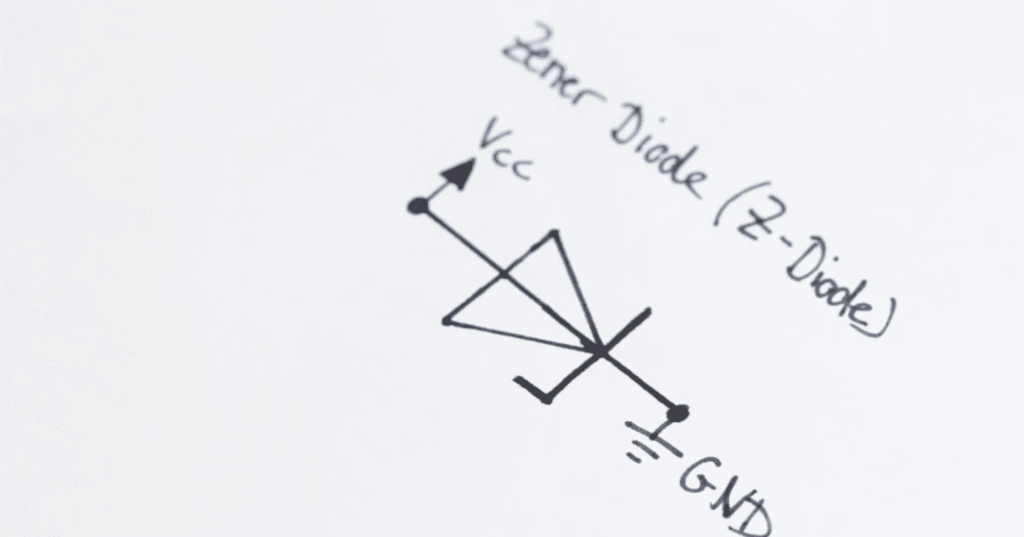 When a Zener diode has forward bias, then, just as with any ordinary diode, the current flowing through it increases as the applied voltage increases. When the Zener diode is reverse biased, the current is minimal until the applied voltage reaches the breakdown voltage of the diode. When this voltage is reached, there is a significant increase in current flow. However, unlike a conventional diode, the Zener diode is designed to operate under reverse bias conditions in the breakdown zone. 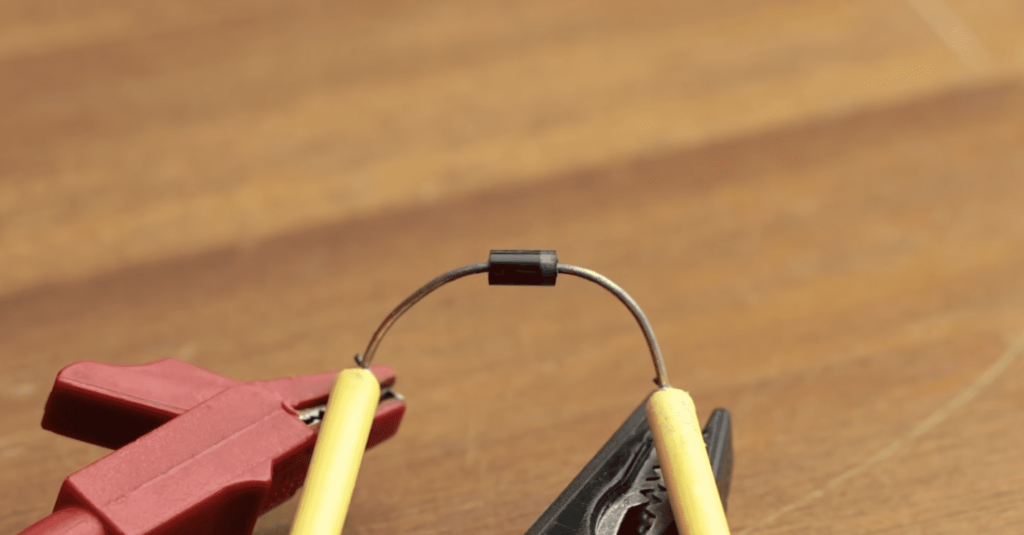 Where Are Zener Diodes Used?

The Zener diode can and is used in virtually any electronic device which has overvoltage protection installed. In fact, this is the main function of the Zener diode – to stabilize voltages, protecting the device from overloads.

The Zener diode also protects the device from static voltages. Of course, they are also used for voltage stabilization. For example, they are quite often used in various radio devices to stabilize the signal, both incoming and outgoing.

There really are a lot of applications for Zener diodes, as well as the devices they are installed in. Also, some types of Zener diodes are excellent for protecting devices from overvoltages caused by lightning strikes.

A Rule of Thumb for Safe Handling

Zener diodes come in many forms and among them there are some that work with very high voltages. The main safety rule when working with such components is not to touch the contacts of a switched on and running Zener diode with your bare hands.

It is also worth remembering that all Zener diode are designed for a certain maximum voltage and it must be observed. If this is not done and the Zener diode is plugged in at a voltage higher than its maximum, the component can simply burn out.

There are two kinds of Zener diodes, which differ in their design and some technical characteristics:

The more expensive Zener diode is assembled using copper leads instead of bimetallic ones, which are much better at dissipating heat and protecting the Zener diode from overheating.

Actually Zener diodes are not as much afraid of overheating as conventional rectifier diodes thanks to their design. Actually, for a Zener diode the breakdown mode is quite normal, but the usual diode in this mode can not work and quickly becomes unusable.

Zener diodes are used in many modern digital and analog devices. They are installed in devices to provide additional, effective lightning protection and protection against voltage fluctuations.

In addition, Zener diodes are installed in various radio receivers and radio transmitters, because one of the main properties of the Zener diode is its ability to stabilize the voltage flowing through it.

Diodes are semiconductor components that behave like one-way valves. They basically allow current to flow in one direction. Standard diodes will degrade if forced to conduct current in the wrong direction, but Zener diodes are optimized to work when placed backwards in a circuit. 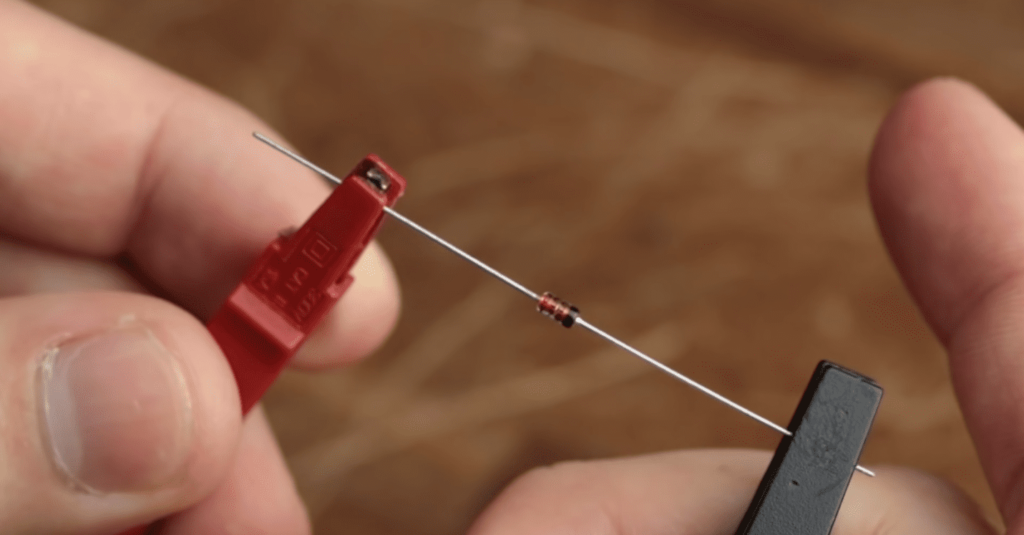 Regular diodes and Zener diodes have a notch (a band or some kind of mark) on the body. A diode is called forward biased when the current flow is from the unmarked side to the marked side. Otherwise, it is biased in the opposite direction.

Zener diode are installed in a circuit in the reverse bias position parallel to the load. A current-limiting resistor is usually included to ensure that the power and peak current characteristics are not exceeded.

Diodes are used as rectifiers, converting alternating current to direct current, removing some of the signal. Some of their other many functions as diodes are electrical switching and voltage doublers.

Zener diodes can perform the functions of ordinary diodes, but are most commonly used as voltage regulators for low-voltage circuits because they can maintain stable voltages under various loads. They can protect circuits from voltage fluctuations and are therefore installed in devices such as power supplies and protection devices.

What are the advantages of Zener diode?

Zener diodes have several advantages over other types of diodes. They are able to operate at high voltages and currents, and they are also very stable. Zener diodes also have a very low forward voltage drop, which makes them ideal for use in voltage regulation circuits.

What is meant by Zener voltage?

Zener voltage is the voltage at which a diode breaks down and starts to conduct current in the reverse direction.

How Zener diode is used in circuit?

When used in a circuit, the Zener diode can be used to regulate the voltage by allowing excess voltage to be dissipated as heat.

Is Zener diode a rectifier?

No, Zener diodes are not rectifiers. A rectifier is a device that converts alternating current (AC) to direct current (DC). A Zener diode is a semiconductor device that allows current to flow in one direction only.

What is test current in Zener diode?

Test current is the current that flows through a Zener diode when it is under test conditions. This current is used to determine the breakdown voltage of the diode.

Why Zener diode is voltage regulator?

Related Video: What Is a Zener Diode?

In conclusion,a Zener diode is a semiconductor device that allows current to flow in one direction only. It is used to protect electronic components from damage caused by voltage spikes. Zener diodes are available in a variety of voltages and sizes to suit different applications. When choosing a Zener diode, it is important to consider the maximum power dissipation and the maximum reverse voltage of the diode. Thanks for reading!