Explanation Why Are G-Sync Monitors So Expensive

G-Sync monitors have been on the market for several years now, and they continue to be one of the most popular choices for gamers. But why are they so expensive?

There are a few reasons for this. First, G-Sync monitors are designed to eliminate screen tearing and stuttering. This is done by syncing the monitor’s refresh rate with the graphics card’s frame rate.

Finally, G-Sync monitors are exclusive to the NVIDIA ecosystem. You can’t use them with AMD graphics cards. G-Sync synchronizes the GPU and the monitor, which eliminates screen tearing and stuttering. This results in a smoother, more immersive gaming experience.

Here are some of the pros of using G-Sync monitor. 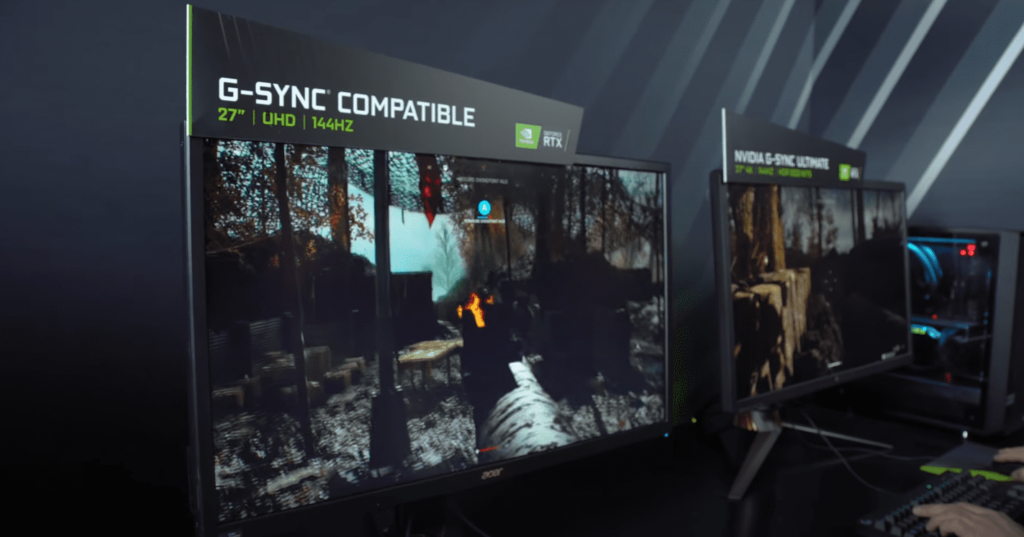 Does G-Sync have disadvantages? Of course, just like any other technology. For example, G-Sync has the unpleasant limitation that it provides smooth output at 30 FPS or more. And the selected refresh rate for the monitor in G-Sync mode sets the upper limit for the refresh rate of the screen content. That is, if you set the refresh rate of 60 Hz, the maximum smoothness will be provided at 30-60 FPS, and at 144 Hz – from 30 to 144 FPS, but not less than the lower limit. And with variable frequency (for example, from 20 to 40 FPS), the result will not be ideal, although noticeably better than traditional V-Sync.

In addition, one of the biggest cons of G-Sync monitors is the price tag. These monitors can cost two or three times as much as a standard gaming monitor. For some gamers, the cost simply isn’t worth it.

Another con is that G-Sync only works with NVIDIA graphics cards. If you have an AMD graphics card, you won’t be able to take advantage of the G-Sync technology.

How Does G-Sync Work?

Of course, G-Sync does not work by magic, and to work the technology on the monitor side requires the addition of special hardware logic in the form of a small board, which supplies NVIDIA.

The company is working with monitor manufacturers to get them to include G-Sync cards in their gaming display models. For some models there is even an option to upgrade the hands of the user, but this option is more expensive, and does not make sense, because it is easier to buy a G-Sync-monitor. From the same PC just the presence in its configuration of any of the modern NVIDIA graphics cards, and well installed G-Sync-optimized video driver – any of the latest versions will do. 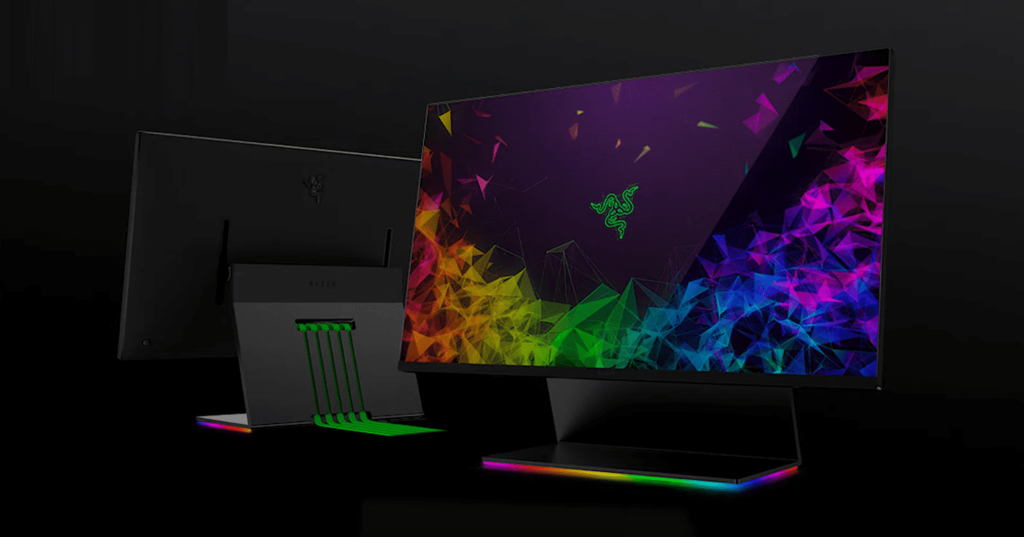 When using technology NVIDIA G-Sync, after processing the next frame of 3D-scene, the graphics processor sends a special signal to the G-Sync controller board, built into the monitor, and that specifies the monitor when you need to update the image on the screen. This results in just perfect smoothness and responsiveness when playing games on a PC.

Enabling G-Sync ties the monitor refresh rate to the end of each frame rendered on the GPU. The GPU is in complete control: as soon as it finishes rendering a frame, the image is immediately output to the G-Sync-compatible monitor, and the result is not a fixed display refresh rate, but a variable one – exactly like the GPU frame rate. This eliminates problems with image tearing (because it always contains information from a single frame), minimizes frame rate jerks (the monitor does not wait more time than the frame is physically processed on the GPU) and reduces output delays relative to the method with vertical sync enabled.

One advantage of G-Sync is that it can offer a smoother gaming experience, since it eliminates screen tearing and stuttering. However, it comes at a higher price point than FreeSync monitors. 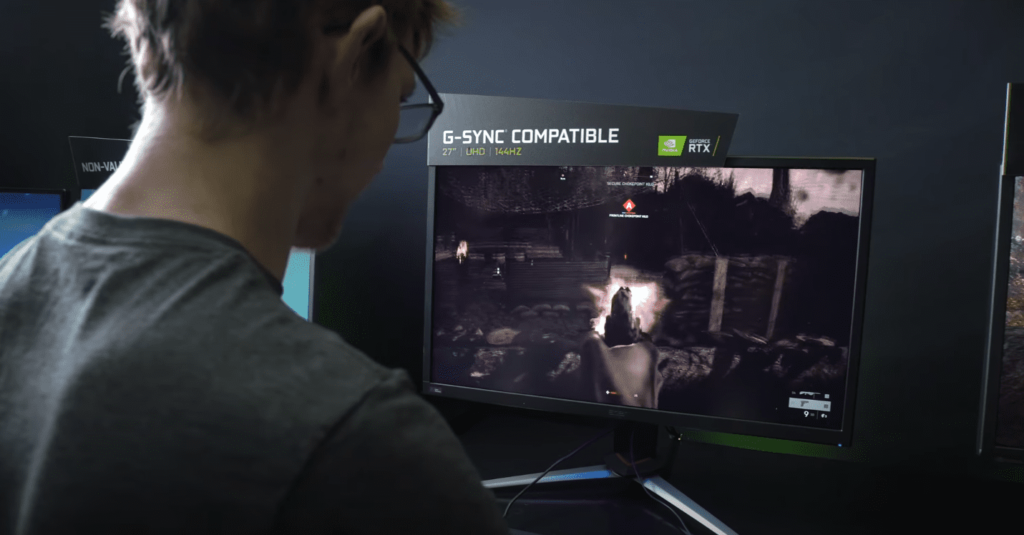 In general, FreeSync technology is positioned as the best alternative for gamers on a tight budget. On the other hand, G-Sync does offer better performance and is a better option. A monitor with the G-Sync option should be chosen if you are a connoisseur of superior image quality and are willing to overpay for it.

Is G-Sync Monitor Worth the Money?

If you’re a casual gamer, then probably not. The difference in image quality between a standard monitor and a G-Sync monitor is not significant enough to justify the extra cost. However, if you’re a competitive gamer or someone who enjoys playing games at high frame rates, then G-Sync is definitely worth the investment.

Do cheap monitors have G-Sync?

Yes, cheap monitors can have G-Sync. However, it is important to note that not all cheap monitors will have G-Sync. There are a variety of factors that go into whether or not a monitor has G-Sync, so be sure to do your research before making a purchase.

Why are FreeSync monitors cheaper than G-Sync?

Does G-Sync really make a difference?

Yes, G-Sync can make a big difference in your gaming experience. It can help to reduce screen tearing, stuttering, and input lag.

240Hz G-Sync is definitely worth it if you’re a competitive gamer. The extra frames per second will give you a significant advantage over your opponents.

G-Sync does not reduce FPS. G-Sync is a variable refresh rate technology that synchronizes the refresh rate of a monitor to the frame rate of a graphics card. This can help reduce screen tearing and stuttering.

Do pro FPS players use G-Sync?

Many pro FPS players do use G-Sync, as it can help to eliminate screen tearing and stuttering. G-Sync can also help to improve input lag, which is important for competitive gaming.

Is G-Sync necessary for 144Hz?

No, G-Sync is not necessary for 144Hz. However, it can help to reduce screen tearing and input lag.

Does G-Sync cause motion blur?

Does G-Sync work with HDMI?

Are Viotek monitors have G-Sync?

Yes, some Viotek monitors have G-Sync.

Yes, RTX GPUs support G-Sync. This allows for a smoother gaming experience as the GPU and monitor work together to eliminate screen tearing and stuttering.