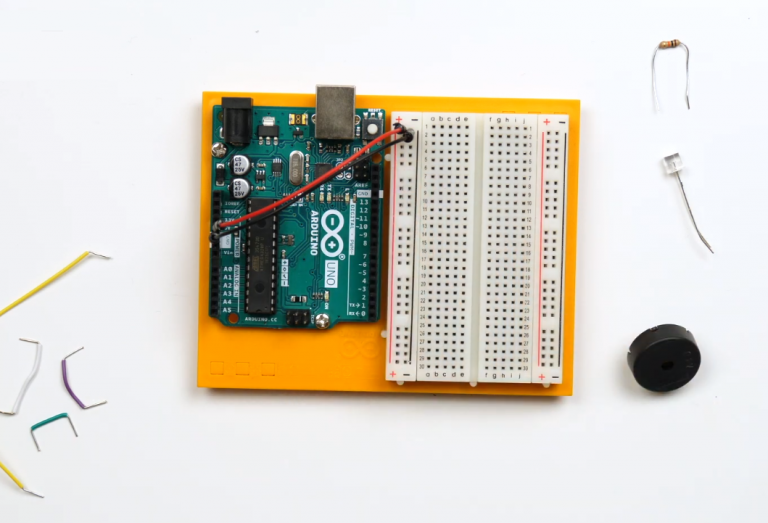 In this tutorial, we simulate a theremin musical instrument’s action: we change the sound’s height in a non-contact way, closing the photoresistor more or less from the light.

The original instrument was invented back in 1920 by Leon Theremin, a man with a difficult and intense fate. And now we have the opportunity to reproduce the invention with the help of simple electronics.

The Scheme on the Layout 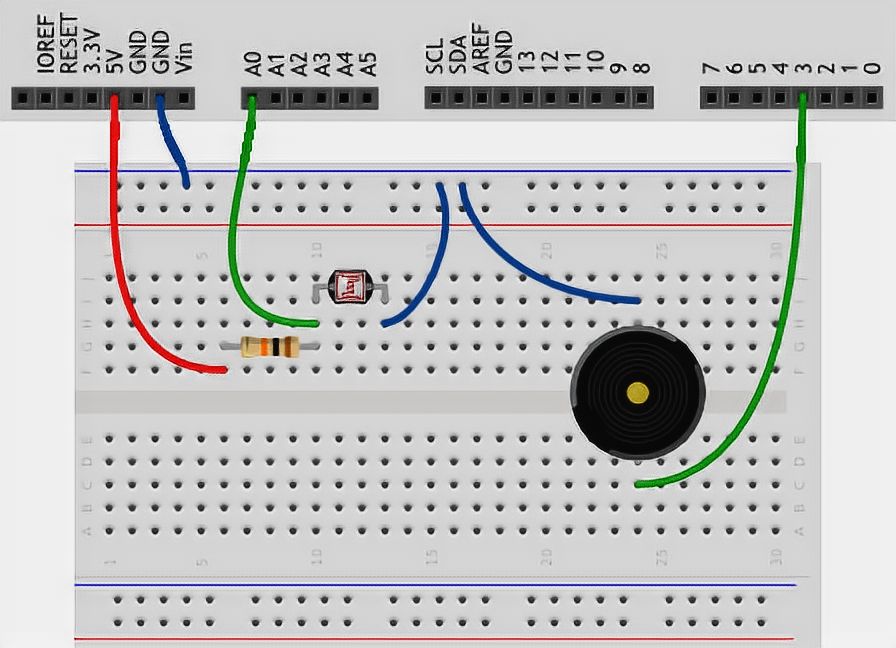 Useful Video: How to Build an Arduino Theremin