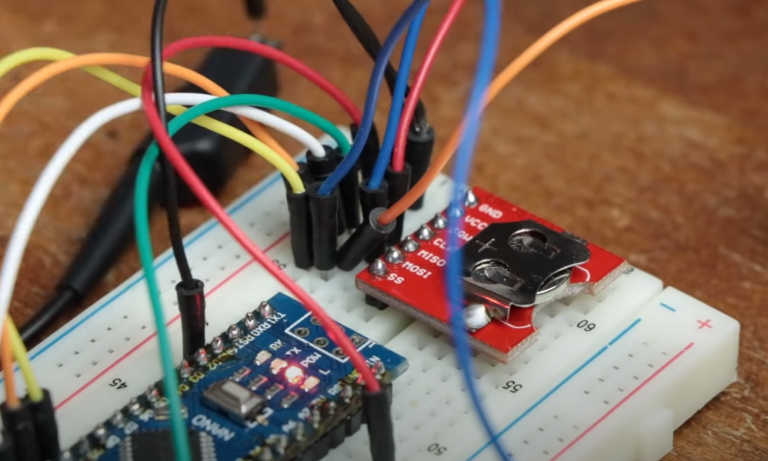 How to Use SPI on Arduino for Beginners

Arduino SPI – is one of the main protocols for data exchange between the Arduino board and connected devices. Together with I2C and UART, this protocol is often used for many types of peripheral devices, so knowledge of SPI principles is necessary for any Arduino-engineer. This article will briefly review the basic principles, the interaction scheme, and the way SPI sensors and screens are connected to the Arduino.

SPI (Serial Peripheral Interface) is a widely used protocol for transferring data between a microcontroller (Master) and peripherals (Slave). In our project, the Arduino board is most commonly used as a Master. SPI was invented and used by Motorola, but over time has become an industry standard. The main advantage of working with this interface is considered high speed and the ability to connect multiple devices on the same data bus.

Communication via SPI Arduino occurs between several devices that are located close to each other. Arduino boards have separate SPI outputs. Pairing is done with four pins: 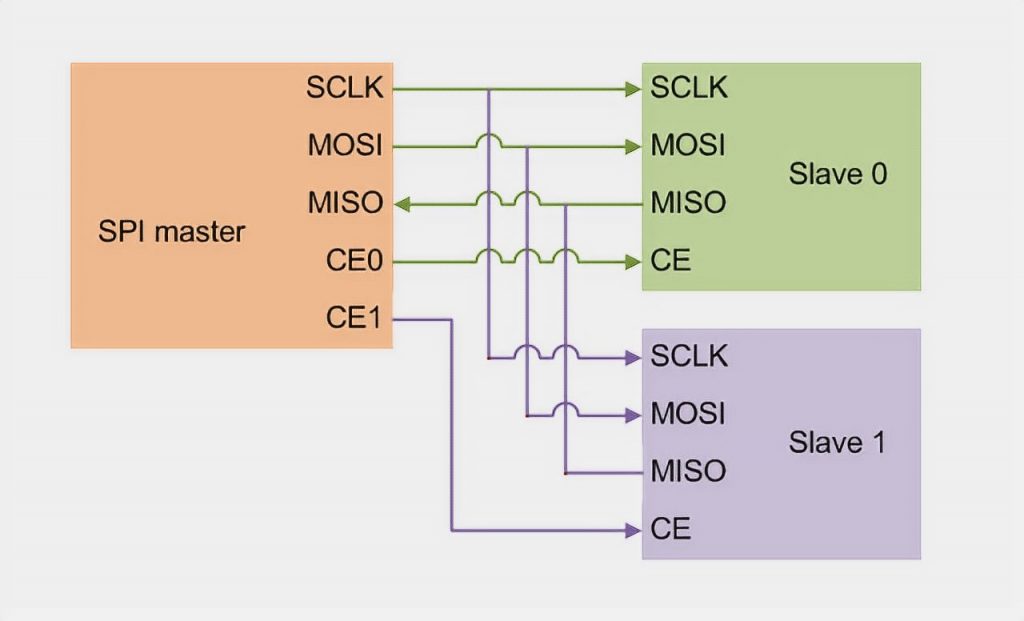 The peripheral device (Slave) communicates with the Master when there is a low signal level on the SS output. Otherwise, data from the Master device will be ignored. This architecture allows interacting with several SPI devices connected to the same bus: MISO, MOSI, and SCK.

Interaction of the devices begins when a low signal level is fed to the SS output. 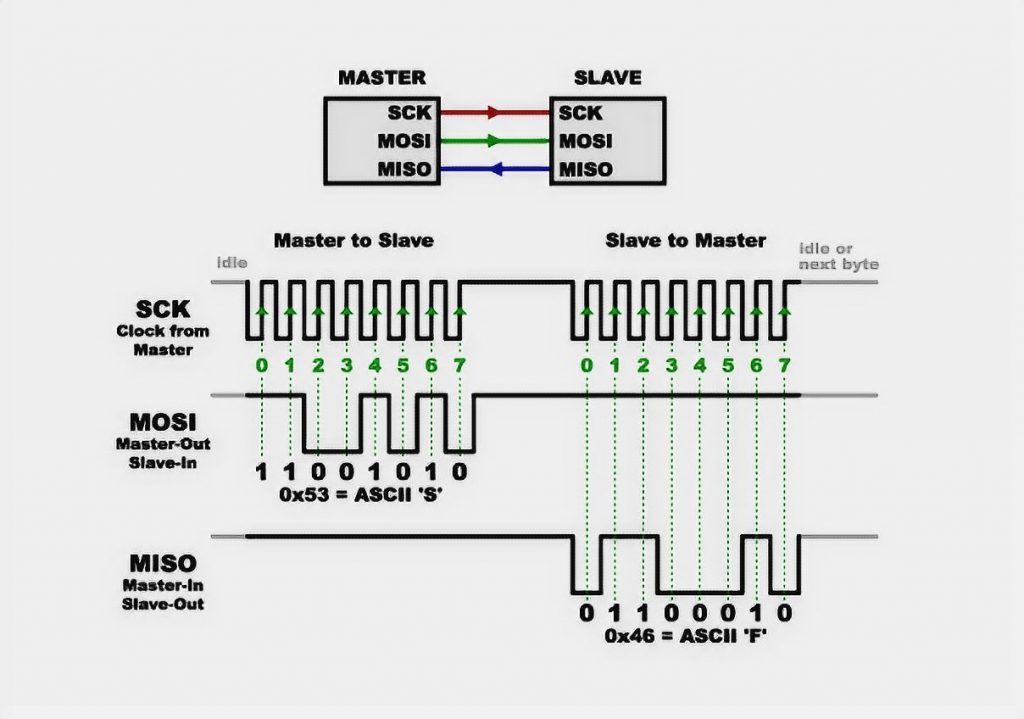 Before you start, you must determine:

The next step is to determine in which mode the information transfer will take place. The choice of the mode is determined by such indicators as polarity and phase of the clock pulse. If the level is low, 0 shall be recorded, and high – 1. There are four modes in total:

Initially in Arduino, the data are transmitted by the senior bit forward, but before you start to clarify this in the documentation. The modes may be demonstrated in the picture.

There are two types of connection in the SPI interface: independent and cascading. In the first case, when connecting, the Master addresses each connection individually; in the second case, the connection takes place one by one, i.e., cascade.

The Arduino board already contains special outputs for connecting the SPI interface. These same pins are repeated in the ICSP interface. This connector does not have SS – originally provided that the Arduino microcontroller will act as a master device. If you want to use it as a slave, you can use any digital pin as an SS. 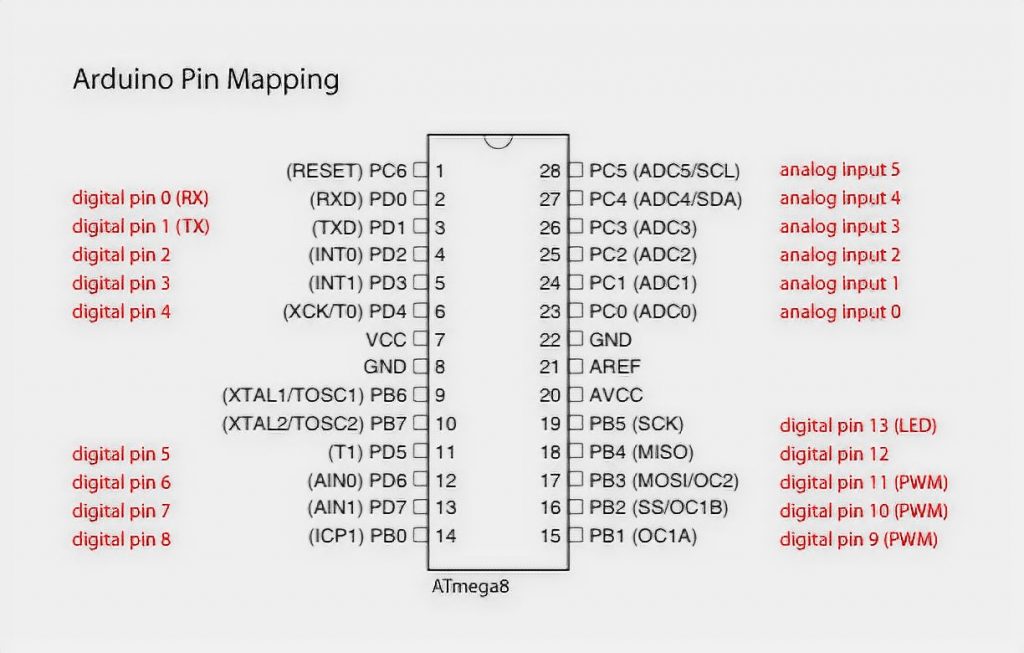 This illustration shows the option of connecting an OLED-screen via SPI to an Arduino. 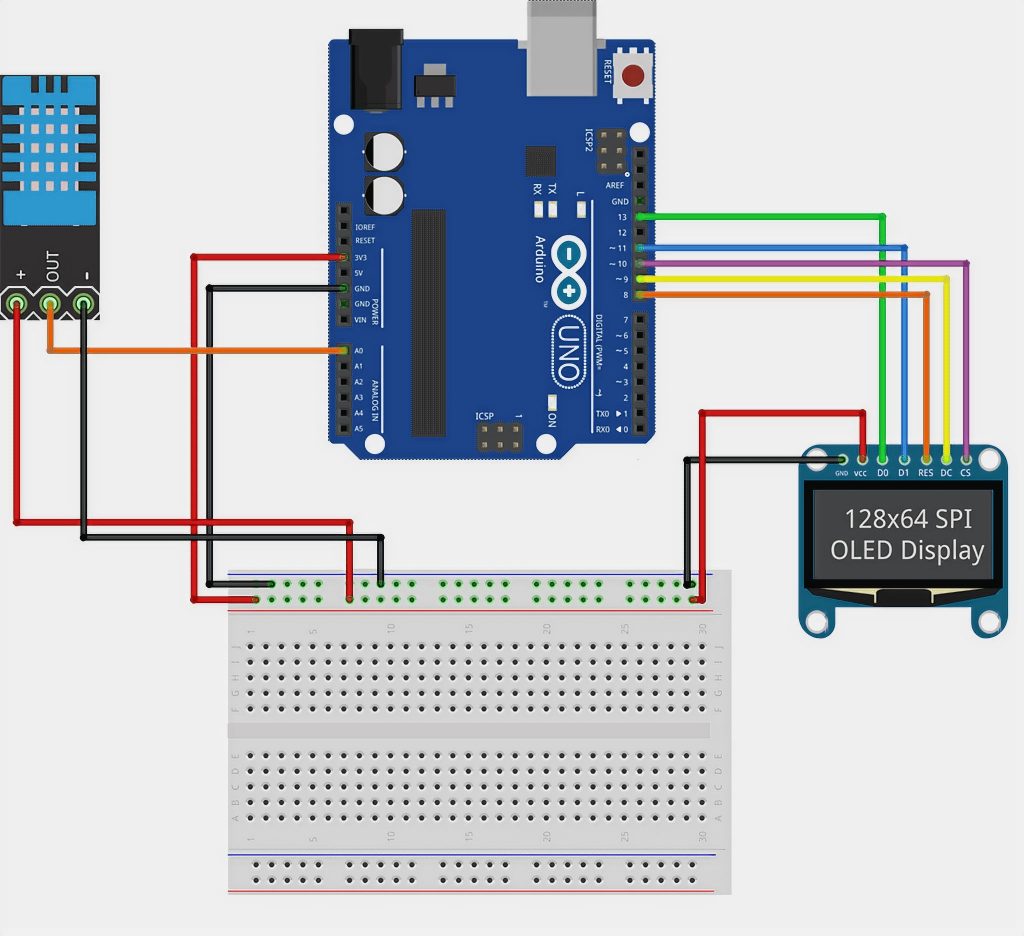 For each model of Arduino, there are different SPI pins. These conclusions:

The latest Arduino Due controller expands the user’s capabilities and allows more tasks than other microcontrollers. For example, you can automatically control the slave device and automatically select different configurations (clock frequency, mode, etc.).

To work on, Arduino created a separate library that implements SPI. Before starting the code, you must add SPI.h to include the library.

Advantages and Disadvantages of SPI

We need an Arduino, a pressure sensor, a model board, and wires for the project. An example of a sensor connection is shown in the picture. 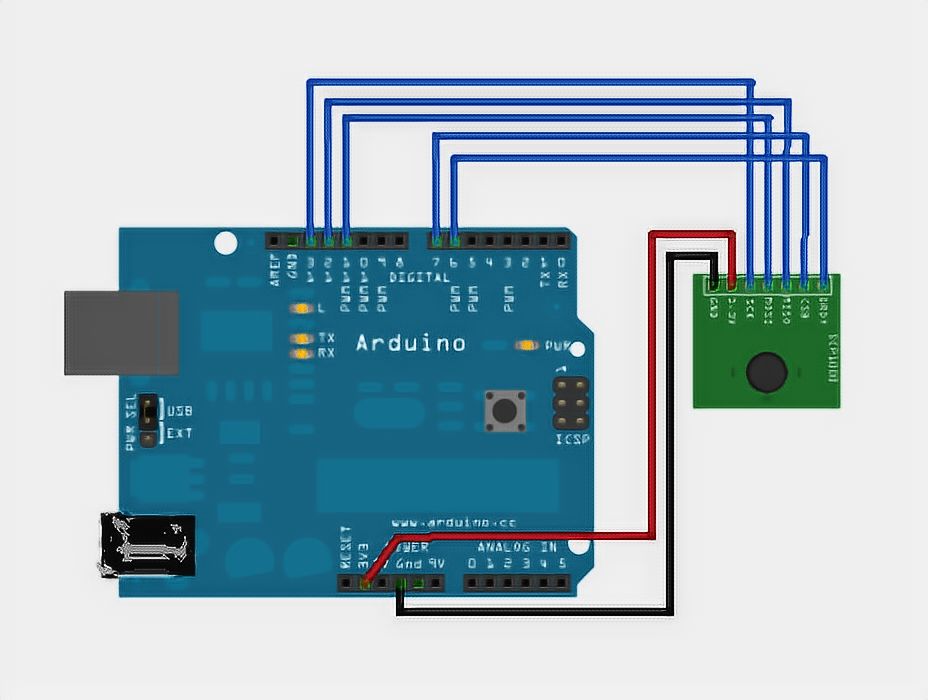 With the SCP1000 sensor, it is possible to recognize such parameters as pressure and temperature and transmit these values through SPI.

Basic Elements of the Program Sketch

First of all, the sensor registers are written in the code using setup(). Several values are returned from the device – one in 19 bits for the resulting pressure, another in 16 bits – for temperature. This is followed by reading two temperature bytes and reading the pressure in two steps. First, the program takes three high bits, then the next 16 bits, and then using a bit shift to combine these two values into one. The real pressure is a 19-bit value divided by 4.

The following code element is used to read temperature data and convert it into degrees Celsius:

Advanced SPI Features on Arduino Due

There are some features of working with the SPI interface on Arduino Due boards. In addition to the basic functions and methods applicable to all Arduino boards, the SPI library provides several additional methods. These methods implement the hardware capabilities of SAM3X microcontrollers and provide the developer with advanced features:

Arduino Due has three separate outputs (4, 10, and 52) to control peripheral devices’ SS lines.

SPI screens and sensors are often found in Arduino projects, so you need to know how this protocol works. There is nothing complicated in the connection of SPI devices. The main thing is correctly connecting wires and using the standard library methods in the necessary sequence. For some devices, such as SD cards or OLED – screens, there are no alternatives, in principle.