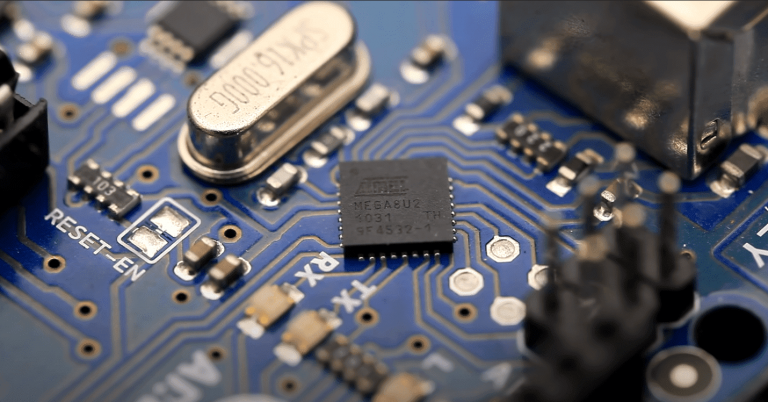 How to Stop an Arduino Program: 6 Easy Methods

The Arduino is a programmable board that can control electronic devices. The Arduino board has many useful features, making it an ideal platform for building projects. It can control LEDs and motors with ease and can be programmed to react to changes in the environment by turning on an alarm or triggering a camera shutter. This tutorial will show you how to stop an Arduino program.

There are many ways to turn off the power to an Arduino. The most common way is by using the power switch on the Arduino board, but this can take up a lot of time if you are trying to stop a program. Another way is by unplugging the power source from your SBC or battery pack, but this can also be time-consuming if you have multiple boards connected together.

It is important to know how to safely turn off the power by unplugging the Arduino. This is a quick guide on how you can do this.

The break keyword is a keyword that comes from the C programming language, and it is used to stop a loop from running. It can be used in Arduino programs as well.

The Sleep_n0m1 library is an Arduino library that allows you to put your CPU to permanent sleep until you reset it manually or using a timer.

This is a very useful library for people who want their Arduino to go into sleep mode and have it wake up periodically, usually every few seconds. It’s also useful for projects that require high precision timing.

The Arduino program can be stopped using the exit(0) method after your code, but it doesn’t work for all Arduino boards.

Be careful when using this method, as it may cause the Arduino to stop working until you reset it.

If you use an infinite loop in your program, the Arduino will not sleep and stay awake as long as it is powered on. This can cause problems with your device if you are looking to conserve power or have a battery with a limited life. 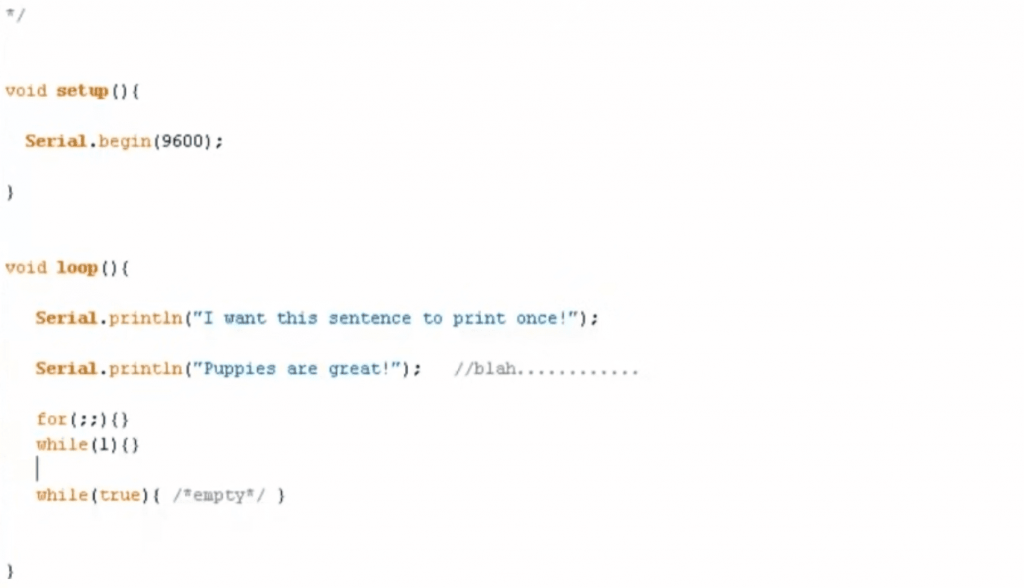 In order to stop the void loop(), one should use sleep_mode(). It is an operating system that puts the CPU into a power-down sleep.

How do you stop an Arduino script?

To stop an Arduino script, you need to either turn off the power or pull out the USB cable.

Can I just unplug my Arduino?

This is a question that is often asked by people who are new to the Arduino. The answer is no. You can’t just unplug your Arduino.

How do I stop an Arduino program without unplugging it?

The Arduino board has a reset button that you can use to stop the program. But what if you don’t have access to the button? The reset button is not always available.

There are two ways to stop the program without using the reset button:

I hope this article helped you to understand how to stop an Arduino program. In conclusion, the Arduino program is not only a toy. It is a great tool for learning how to code, and it can be used in very creative ways. I hope this tutorial has been helpful.