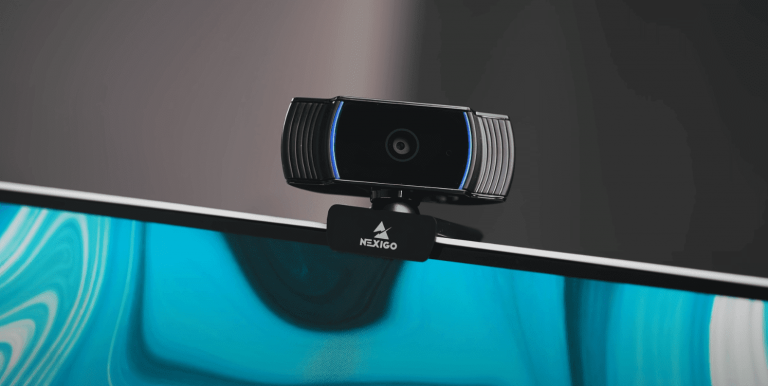 Is a Webcam an Input or Output Device? Easy Explanation

Webcams are one of the most popular devices nowadays because of the many advantages they offer. They are relatively small, easy to use, and can be placed in a variety of locations. In addition to that, they provide a good way to keep in touch with friends and family who are located away from you. But do you know if a webcam is an input or output device?

A webcam is an input device used to capture video from the user’s point of view. The video is then sent to a computer or other device for processing. Webcams are often used for online communication, such as video chat and streaming.

Let’s research the webcam as an input device and discover why it is not an output device.

Contents show
1 What is an Input and Output Device?
1.1 Input Devices
1.2 Output Devices
2 How Does a Webcam Work as an Input Device?
3 Main Characteristics of the Webcam
3.1 Sensor Type
3.2 Frames Per Second (FPS)
3.3 Picture Resolution
3.4 Optics
3.5 Sensitivity of the Sensor
3.6 Microphone
3.7 Attachment
3.8 Focus
3.9 Photo opportunity
3.10 Type of Connection
3.11 Advanced Webcam Features
3.12 The Brand
4 Types of Webcams
5 How Does a Webcam Get Connected to a PC?
6 Input Devices Similar to a Webcam
7 Can a Webcam Be Used as an Output Device?
8 FAQ
8.1 Is a webcam a storage device?
8.2 Is a webcam a peripheral device?
8.3 Which device is both input and output?
9 Related Video: How To Operate a Webcam?
10 Final Words

How Does a Webcam Work as an Input Device?

The standard webcam is a separate device connected to your computer. It works as follows:

In the case of IP-cameras, the connection to a computer is not required. The device has its own IP address, thanks to the built-in web server, and streams directly to the network.

Main Characteristics of the Webcam

If you take apart the two webcams piece by piece, you get an identical set of parts: the board with the light-sensitive matrix and the lens. So how do you know which one works well and which one doesn’t?

You should pay attention to this parameter first of all if you choose a non-budget webcam, for example, for commercial purposes. This is due to the fact that, in general, all amateur webcams have one of the two main types of matrices – CMOS. This matrix is not expensive to produce, has low power consumption, and the basic technical characteristics necessary for the comfortable use of webcams.

The other type of matrix is CCD. It has improved characteristics in terms of video quality, and, accordingly, webcams with CCD matrix have a higher price.

For me, you can take a CMOS camera and enjoy your life without overpaying an extra hundred and two dollars. Although, if you have nowhere to spend it, then go ahead!

This parameter actually directly affects the smoothness of the picture transmitted by the webcam. The more frames per second a webcam transmits, the less you will get frustrated in video communication with your opponent.

Important! The more frames per second a video signal has, the bigger is its size, and accordingly for normal video communication, faster Internet is required.

For video, the resolution ranges from 0.1 to 2 megapixels. It is worth noting that the optimal, and at the same time and the most popular is the VGA format (640×480 pixels, 0.3 MP). It is these cameras and recommended to buy for the usual, home internet communication.

A resolution of 320×240 (0.1 MP) will be quite enough for Internet video conferences, for example, and to increase this figure should be when the ability to view the interlocutor in high quality is of paramount importance. 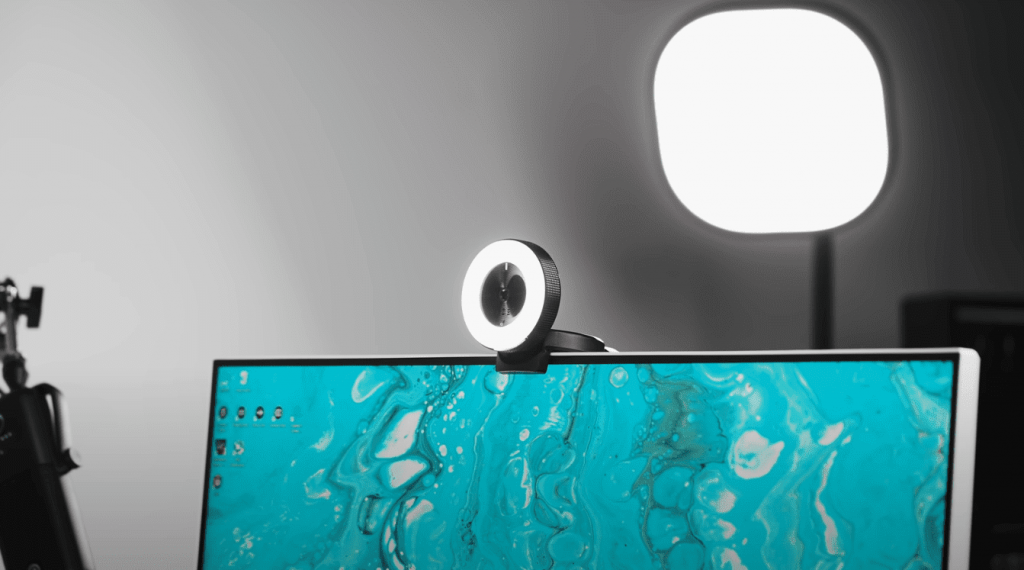 Important! The higher the resolution of the video signal the bigger its size is, and accordingly a high-speed internet connection is required for the proper video communication.

I want to note that at the moment, the Internet has higher and higher speed connections, and, accordingly, webcams with Full HD 1080p (1920×1080) resolution appeared, which allows high definition and excellent quality video signal to view on TV with high resolution.

To be honest, because of the technological progress, can offer that in a year or two webcams will appear, with the ability to record video in 3D. Although, it may already be there now, and I just let this novelty out of my sight somewhere.

There are webcams with plastic and glass lenses. In the budget amateur webcams mostly have plastic optics, which accordingly conveys the picture is not always in natural colors.

Glass optics has a more natural color rendering. I am not sure that all the salespeople in the stores are aware of this parameter, but if you like the maximum in everything, pay attention to the optics of webcams.

I’ve seen webcams on sale with Carl Zeiss optics, which are used in cameras and camcorders by Sony.

Sensitivity of the Sensor

An important parameter that determines the minimum degree of object illumination, at which the webcam is able to take pictures of acceptable quality. Sensitivity of the webcam matrix is measured in lux.

Important: Even an expensive webcam with a CCD-matrix produces a disturbing picture if there is insufficient light.

I decided to mention it because I was recently looking for an inexpensive webcam, and could not even imagine that they still exist without a built-in microphone. To be honest, it’s not very convenient to use a microphone if you can communicate without headphones with a microphone. And this way, plugged in one device, and talk to yourself, without tying yourself with extra cords.

One more nuance. The microphone can be connected either through the same USB connector that connects the webcam itself, or through a parallel microphone plug. It is convenient when the whole device works through one cable, without additional plugs.

By the way, sound recording can be done both in mono mode and in stereo. The choice is yours.

Please pay attention to this detail. The thing is that there are webcams, which after buying have to be attached to the monitor or somewhere else with scotch tape, put all sorts of papers, rubber bands, etc. If possible, ask the seller to demonstrate how the webcam is attached. Try and attach it to something yourself on the spot.

Focus determines how well the image you’re transmitting is sharp.

Webcams come with both manual focus and auto focus. It is convenient when there is both in one device. Why? You’ll find out when you start using a webcam.

Most webcams have a snapshot function. On the body of the webcam is a button, pressing which you get a picture. Quality I will say right away, worse than the camera, so do not count on much. But for a photo on the avatar, the very thing. Although some say that a photo with a lot of megapixels is beautiful.

Basically all webcams are connected with a USB connector. This connector has 3 standards: USB 1.1, USB 2.0, USB 3.0.

For a normal webcam, USB 2.0 is the optimal setting. If you buy a device with the ability to transmit video in Full HD 1080p resolution, then it is desirable that the camera has a USB 3.0 connector. Although manufacturers are trying to do everything optimally, but as they say: “better overdoing it than underdoing it”. 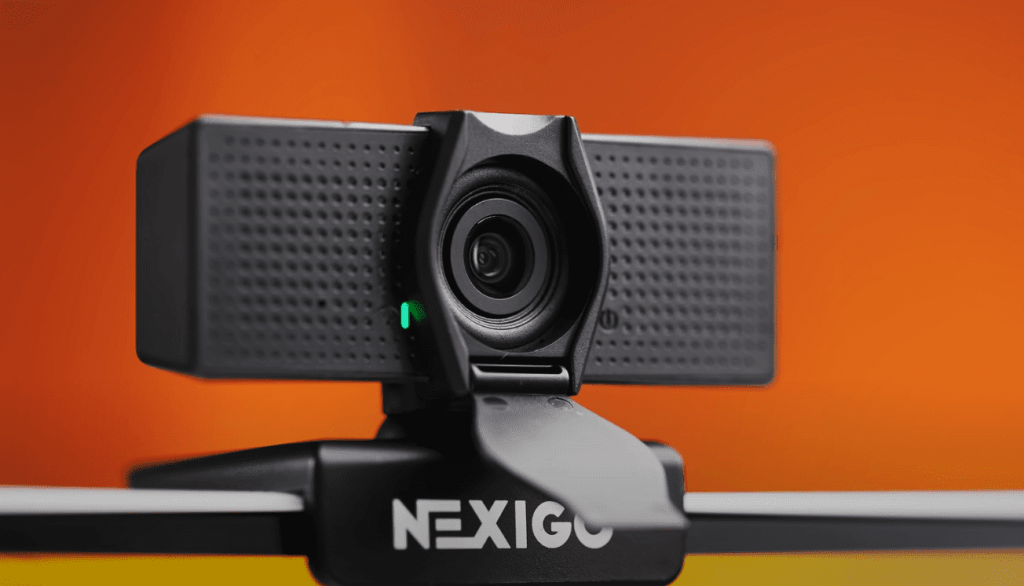 Also, as I mentioned above, pay attention to the camera with a built-in microphone, did not have an additional plug to connect it.

There are also webcams, mostly professional, with the ability to transmit video over Wi-Fi. This is very convenient.

A webcam can have a number of advanced features: data editing functions, brightness and contrast control, color correction, frame rate, and password protection.

A professional webcam can be equipped with motion detection and has a rotating mechanism, which allows you to use it for video surveillance.

I am used to paying attention to the manufacturer almost always, especially when it comes to electronics.

First of all, it is the quality and warranty of the device itself. After all, if anything, you do not want to find in search of a service center to find that it, as such, in the country in which you live does not exist, because it is only in China, which produces the lion’s share of electronics.

Secondly, it is your and your family’s safety. Now there are news when even a doll in the hands of a child explodes, let alone more complex equipment.

Who knows, who and what place was thinking, when creating a fake of this or that device.

Important! Please, dear readers, do not buy webcams in suspicious places where electronics are sold, for example at the market with a car. Thank you!

Amateur webcams. This type of webcam is designed primarily for video communication, video conferencing, video recording and photography. Such cameras are relatively inexpensive and easy to use. We will get acquainted with the detailed characteristics of amateur webcams a little later.

Professional webcams (Network webcams or IP-cameras). This type of webcams are mainly used for surveillance of protected objects, or for other similar purposes. A modern IP camera is a digital device that captures, digitizes, compresses and transmits video over a computer network. Unlike a regular webcam, a network camera functions as a web server and has its own IP address. Thus, it is possible to connect the camera directly to the Internet, without a computer, allowing you to receive video and audio and to control the camera via the Internet with a browser.

How Does a Webcam Get Connected to a PC?

Input Devices Similar to a Webcam

A webcam is a great option for many people, but it’s not the only one. If you’re looking for something that’s similar to a webcam, there are a few different input devices that you can try.

Can a Webcam Be Used as an Output Device?

Is a webcam a storage device?

No, a webcam is not a storage device. A webcam is a device that allows you to capture video and pictures of yourself or others and send them over the internet.

Is a webcam a peripheral device?

A webcam is a peripheral device that allows you to capture video and photos with your computer. It connects to your computer via a USB port or a built-in port, and you can use it to record video calls or take pictures. Some webcams also come with built-in microphones, which allow you to record audio.

Which device is both input and output?

A computer is both input and output. It takes in data through input devices like the keyboard and mouse, and outputs information to the monitor.

Related Video: How To Operate a Webcam?

In conclusion, webcam is a great input device for online communication. It is easy to use and can be accessed from anywhere in the world. With a webcam, you can see the person you are talking to and they can see you. This makes online conversations more personal and engaging. If you are looking for a way to communicate with friends and family online, consider using a webcam. Thanks for reading!