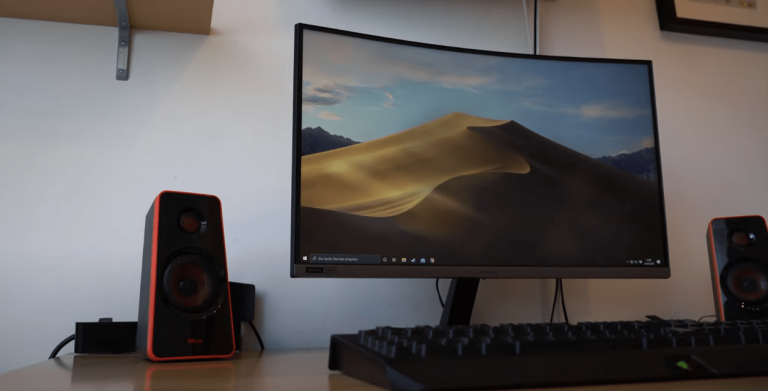 Is a Monitor an Input or Output Device? Easy Explanation

Many different professions typically use monitors to display information. In this post, you’ll know a monitor, an input, or an output device.

The monitor is one of the main output devices of the personal computer.

It is designed to be connected to desktop computers, which, unlike the laptops that have recently become popular, are a set of components located separately.

An input device is used to input data or commands into a computer.

An output device is used to present information from a computer to the user.

An input device is any hardware device that sends data to the computer. The computer would only be a display device without any input device, not allowing users to interact with it, just like a TV.

Below is a complete list of all input devices you can use on your computer.

An output device is any peripheral device that receives or displays a signal (data) from a computer.

How Does a Monitor Work as an Output Device? 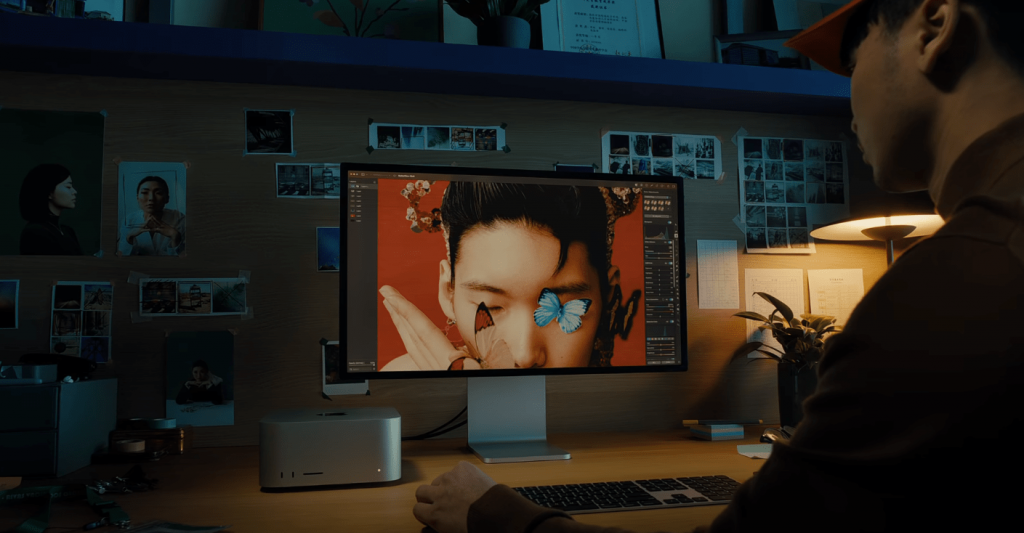 The more small dots in an image, the sharper it will look – this is a high-resolution image. And a low-resolution image is made up of fewer big dots, so it is not sharp.

A pixel is three tiny red, green, and blue dots, but they are so close that our eyes perceive them as one. The pixel takes precisely the color that is the brightest. It is from these three colors that the RGB color model is formed.

Each base color has one of 256 intensity levels in this color model. If you change the brightness of the base colors, you can see how the coloring of the picture changes.

The first color monitors could only use eight colors: black, blue, green, cyan, red, magenta, yellow and white. Each color was encoded by a chain of three zeros and ones, that is, a three-bit binary code.

Modern monitors have a rather big palette where the quantity of colors depends on how many binary bits are taken for the coding of the color of one pixel.

The length of such binary code, which can be used for pixel color coding, is called a color depth.

The principle of operation of a CRT monitor is that the beam of electrons emitted by an electrode (electron gun), striking the screen coated with a special composition – a phosphor – causes it to glow. The direction of the beam of electrons is also set by additional electrodes: a deflecting system that allows one to change the direction of the beam and a modulator that regulates the brightness of the image. The electron beam periodically scans the screen, forming sweep lines on it. As the beam travels along the lines, the video signal fed to the modulator changes the brightness of certain pixels, forming some visible image. 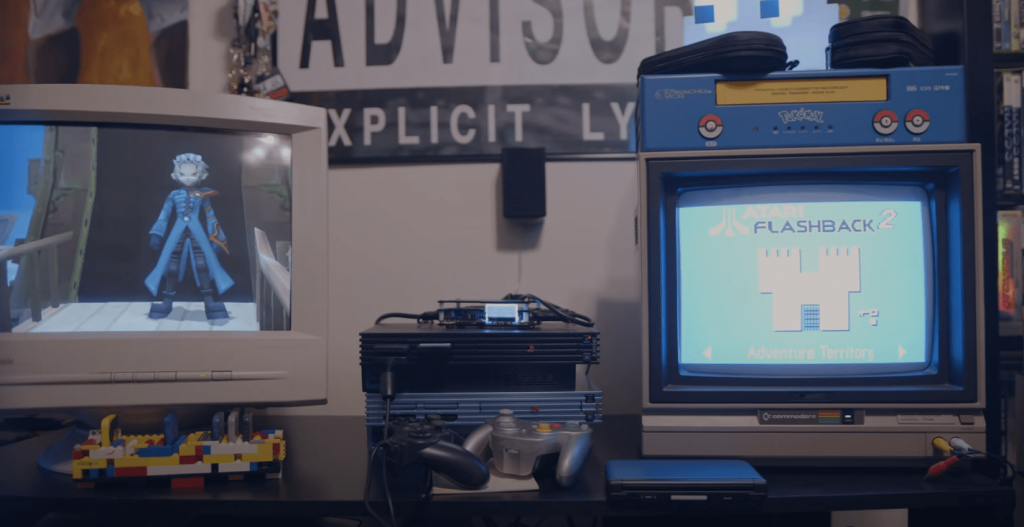 In the case of a color CRT monitor, there are not one but three electronic guns with separate control circuits, and the screen surface is covered with phosphor of three main colors: Red (R), Green (G), Blue (B) – (abbreviation “RGB”). Thus, each cannon “shoots” at its target. For this purpose, each monitor has either a shadow mask or a so-called aperture grid. The shadow mask has a system of holes, and the aperture grille has a system of slits.

Liquid crystals are mixtures of certain substances in two states simultaneously: liquid and crystalline. As a liquid, it has the property of fluidity. It fills with itself the entire space in which it is placed. As a crystal, it consists of molecules arranged in a specific, clearly structured order.

The liquid crystals used in displays are composed of rod-shaped molecules arranged parallel. At the same time, the molecules are liquid, which means they can “flow”, that is, they can change their orientation in space depending on whether an electrical voltage is applied to them.

The main structural element of an LCD is the pixel. Each pixel consists of three cells (subpixels). Each sub-pixel cell, in turn, contains liquid crystals arranged in layers so that the molecules within them form a spiral. The spiral structure of the crystals is sandwiched between two electrodes and two-color plates covered by a polarization film. The plates are red in the first cell, green in the second, and blue in the third.

One side of the subpixel is illuminated. The light passes through the first plate (vertical) and acquires a vertical orientation. And then, the following happens: If there is no voltage on the electrodes, the liquid crystals are at rest, forming a spiral. Light passes through it and eventually changes orientation, becomes “horizontal”, and goes out quietly through the second plate. The result is bright red, green, or blue light.

If a certain voltage is applied to the electrodes, the liquid crystals turn to the same position perpendicular to the vertical plate. The light passes through them, remains “vertical”, and rests against the horizontal plate, which does not let it through. The result is dimmer or no light, i.e., black.

Main Characteristics of the Monitor

The device has several characteristics that are worth considering when choosing a monitor: screen diagonal, aspect ratio, LCD resolution, viewing angles, refresh rate, response time, set of interfaces to connect to a PC, and of course, the technology of the LCD matrix.

How Does a Monitor Get Connected as an Output to a PC?

To connect the display to the system unit, you will need a double-sided cable with plugs that fit the two devices’ connectors. Today’s computers are most often equipped with these port options: 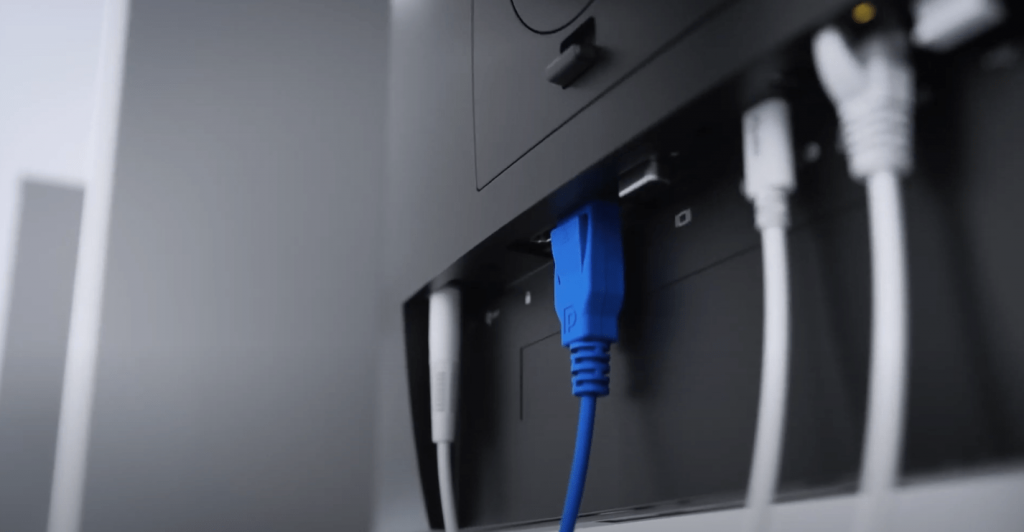 It is more convenient to connect devices when they have the same connectors. But if they are still different, do not worry – there are special adapters on sale.

Output Devices Similar to a Monitor

Can a Monitor Be Used as an Input Device?

A monitor is an output device. It displays information that has been input by a user. Thanks for reading!