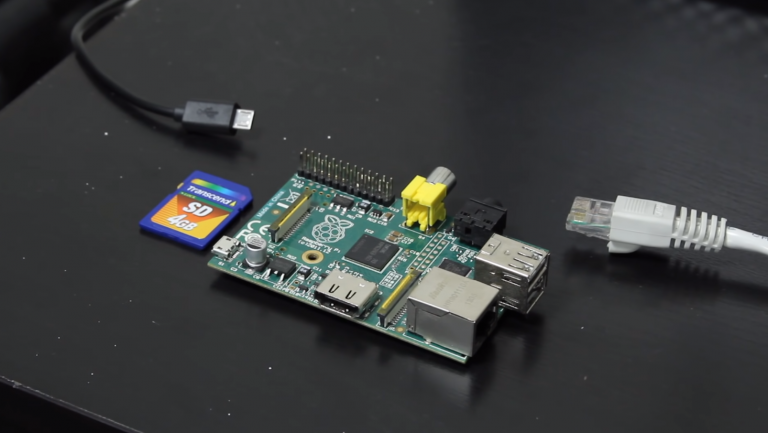 Despite the availability of an official HassOS for the Raspberry Pi and some other platforms, sometimes there is an acute desire to install Hass.io to your Raspberry Pi manually to keep the ability to install additional software and maintain control over the containers. And for some boards (like Orange Pi), there are no officially supported images at all. This article describes how to install Hass.io on any Linux machine with a sprint provided by Hass.io community.

You can install Home Assistant in different ways. You can manually install it to a Python virtual environment or deploy it in a Docker container, or you can use the Hass.io or Hassbian distributions.

Hass.io is worth talking about separately. This project offers pre-configured images for the most popular microcomputer models (currently supporting the entire line of Raspberry Pi, Asus TinkerBoard, several Odroid models, and a range of Intel NUC computers). The image contains the operating system, a ready-to-use Home Assistant, and its own addon manager which allows performing all Home Assistant configuration manipulations directly from the web-interface.

It may seem that Hass.io is an ideal option for a beginner, but the project has a big disadvantage: the user is not given administrative access to the operating system. Therefore, having installed Hass.io on the microcomputer, you won’t be able to use it for other tasks despite the fact that Raspberry Pi 4 has enough power to run not only Home Assistant but also a couple of other services.

To sum up existing variants of Home Assistant installation:

Pros and Cons of Hass.io

Is essentially the easiest method of installing a clean install. The result is a finished image, deployed to your Micro SD card, with all the minimum required software installed.

HASS.io is a great way to get acquainted with the system, with a minimum of fuss. All you need from you is an empty Micro SD card with at least 8 GB and the Raspberry Pi itself.

We will use the officially recommended script for installing Docker:

Let’s add the current user to the docker group so that we don’t have to use sudo every time we call docker:

You need to log out for the changes to take effect! This can be done by pressing Ctrl+D. Log back in and check that docker is running:

I used my own Raspberry Pi 2, so I specified the board type raspberrypi2, you can see the full list of supported boards/architectures here. You may notice that the Orange Pi isn’t on it, but the field reports a successful installation on the Orange Pi PC 2 by selecting the raspberrypi3-64 board type.

Wait for the script to work and return us to the command line.

Step 4: Check That It Works

Make sure the containers are up and running:

This command should show us a pretty crooked list of two containers hassio_supervisor and homeassistant in Up status. If you are lucky to have a very wide monitor you might be able to see all the data on one line, as intended by the authors of docker. At the end of the article (in the usefulness), it says how to display only selected columns for the ps command so that your eyes do not drip when reading. If you now open the Home Assistant page at: http://your_ip:8123, you can see a teaser like this: 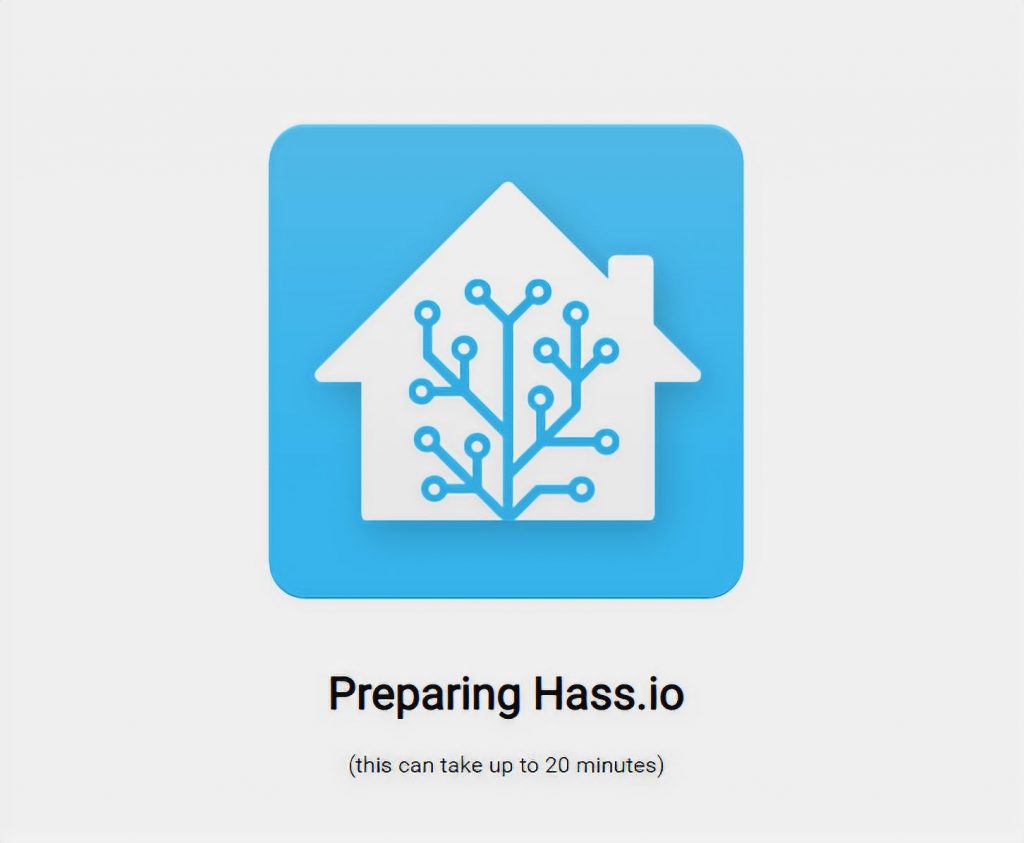 The hassio_supervisor logs at the same time show that it is downloading and installing the latest home assistant image:

Depending on your connection speed it may take some time before Home Assistant is downloaded and launched. It may even appear that Hass.io is hung up. Wait for lines like: 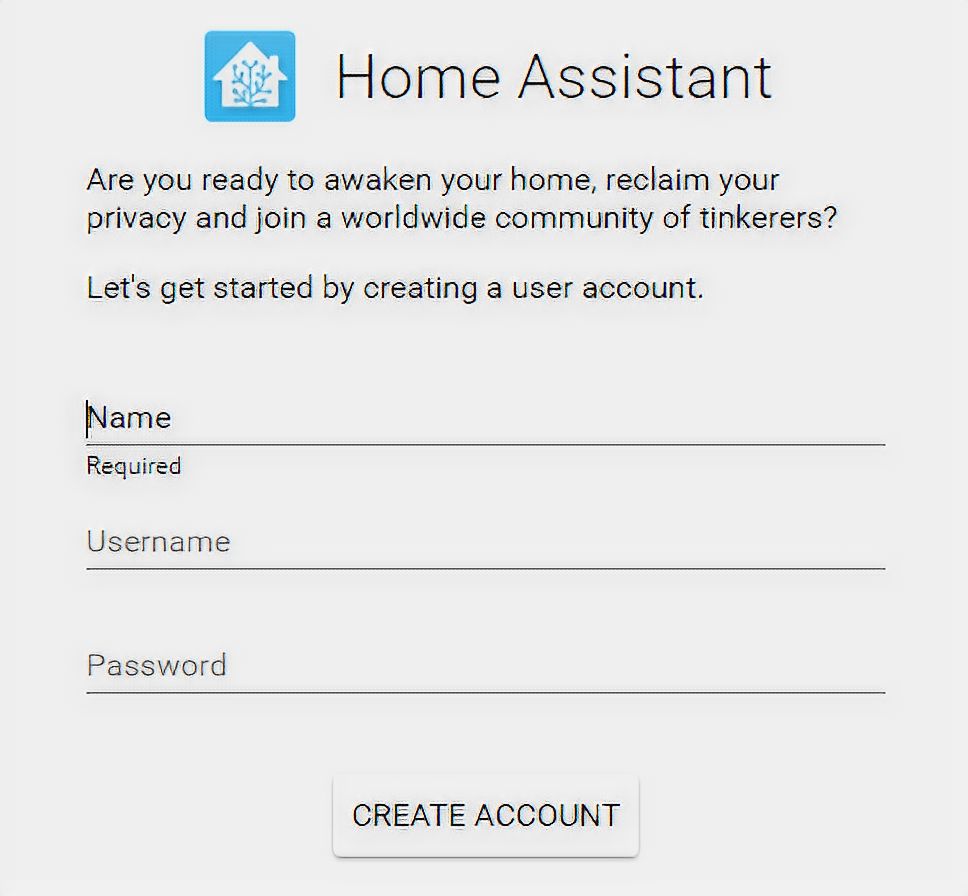 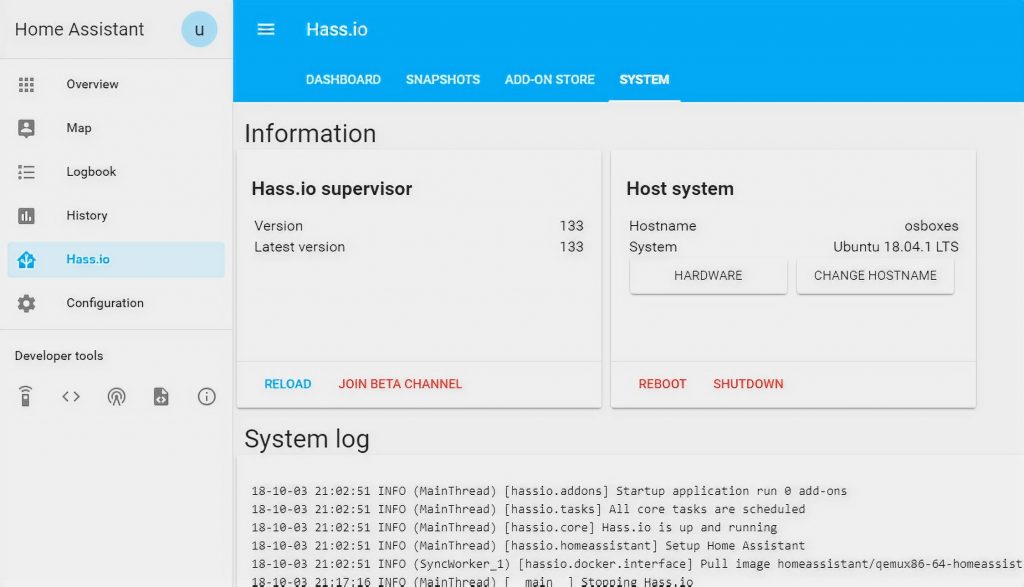 Where is Home Assistant’s configuration and how to edit it:

Exit the nano editor with Ctrl+X.

You can also use the online configuration editor, available as a Hass.io addon: HASS Configurator.

How to restart Home Assistant from docker:

How to delete HA database and start “from scratch” (you need to restart Home Assistant):

A shortened version of the docker ps command, convenient for small screens:

You can add it to aliases and call it with command dps, for example.

Home Assistant is an actively developing project. New updates are released every week. As updates introduce all-new integrations, I recommend to install them as soon as they are released.

If Home Assistant was installed according to my instructions, viz:

Then you can update it by running the following commands in the terminal:

After installing the update you need to restart the server:

The French architect Le Corbusier is credited with the phrase “a house is a machine for living.” However, the realization of the “house-machine” concept has become possible only now, when the level of development of home automation is much more advanced.

Based on the Home Assistant, you can implement any home automation projects. Even now, hundreds of devices supported by the system are available for sale, and their number is growing every month.