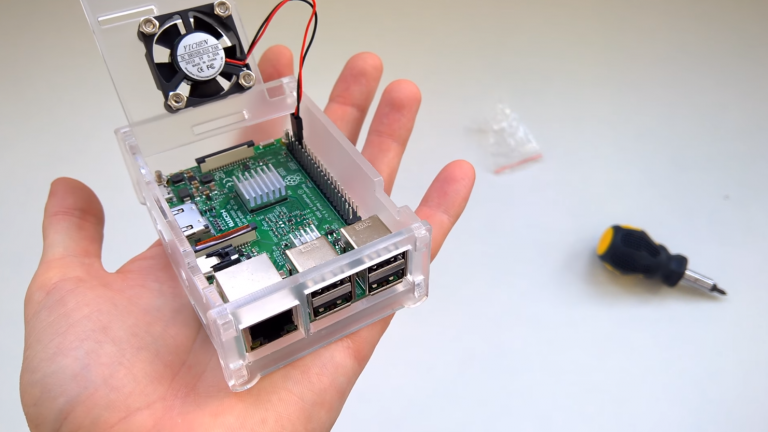 How to Install Kali Linux on Raspberry Pi 3: Ultimate Guide

In the Linux world, there are specialized distributions designed for specific tasks – deploying various servers, working environments for software development, and so on. One of these distributions is Kali Linux. Its main audience – professionals in the field of information resources testing and those who at amateur and professional level engaged in pen-testing and hacking. Kali supports various hardware platforms, including Raspberry. Kali Linux on the Raspberry Pi can be an indispensable helper for an IT security or hacker. 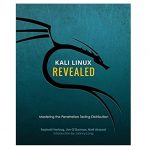 This book focused on the Kali Linux platform itself and helps you understand and maximize Kali from the ground up. Whether you’re a veteran or newbie, this is the best place to start with Kali Linux, the security professional’s platform of choice. 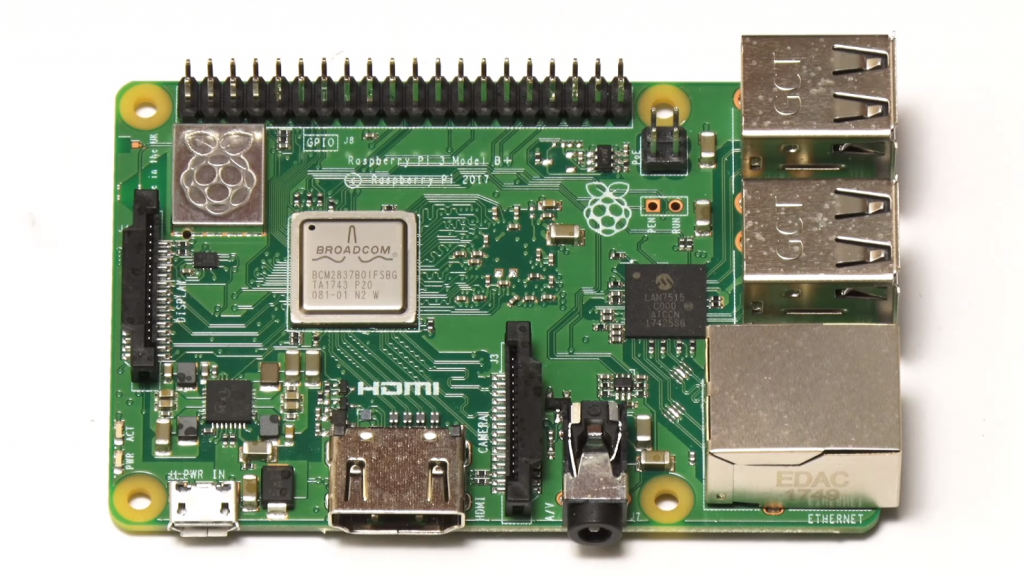 Below we will look at an example of deploying Kali on a Raspberry Pi 3 B+.

Why Raspberry Pi 3 B

This model of Raspberry Pi appeared in 2018. The developer equipped it with a more powerful, compared to past versions, processor, as well as a set of network interfaces – Wi-Fi, wired Ethernet, Bluetooth. Such a hardware platform allows using Pi with an installed specialized set of software for different tasks.

Kali developer quickly enough released a distribution with support for the new Raspberry Pi, which develops to this day. This version of Linux is well-tuned, stable, and has a large community that is always ready to support newcomers and answer their questions.

The same goes for the Pi 3 B+ platform itself. It’s a simple, affordable, and powerful solution that offers professional-level capabilities relatively modestly. For example, Pi is used for proof-of-concept attacks in cyberweapons development.

But it is important to understand that the Raspberry Pi is not a supercomputer. Operations like password brute-forcing are beyond the power of its hardware. More precisely, it is possible to start it, but the process will take an extremely long time. However, this problem can also be solved programmatically by migrating calculations to cloud services.

The Pi 3 B+ is equipped with a Gigabit Ethernet controller and high-speed Wi-Fi, making it a great tool for networking or, for example, deploying a small web proxy or NAS server. Its networking capabilities make it a versatile “cracker” for burglars and pen-testers. And the 64-bit 1.4GHz quad-core processor gives the system enough performance for most testing or hacking tasks (except, as already mentioned, brute-force attacks on passwords).

Kali Linux supports the Raspberry from the start and is ready for action as soon as it’s launched. Both monitor-keyboard and networking via SSH are available. And if the Pi is paired with a battery pack, the user gets a “pocket hacker” that can be used anywhere.

To deploy Kali on the Raspberry, you will need:

Next, you need to download the latest official operating system image. 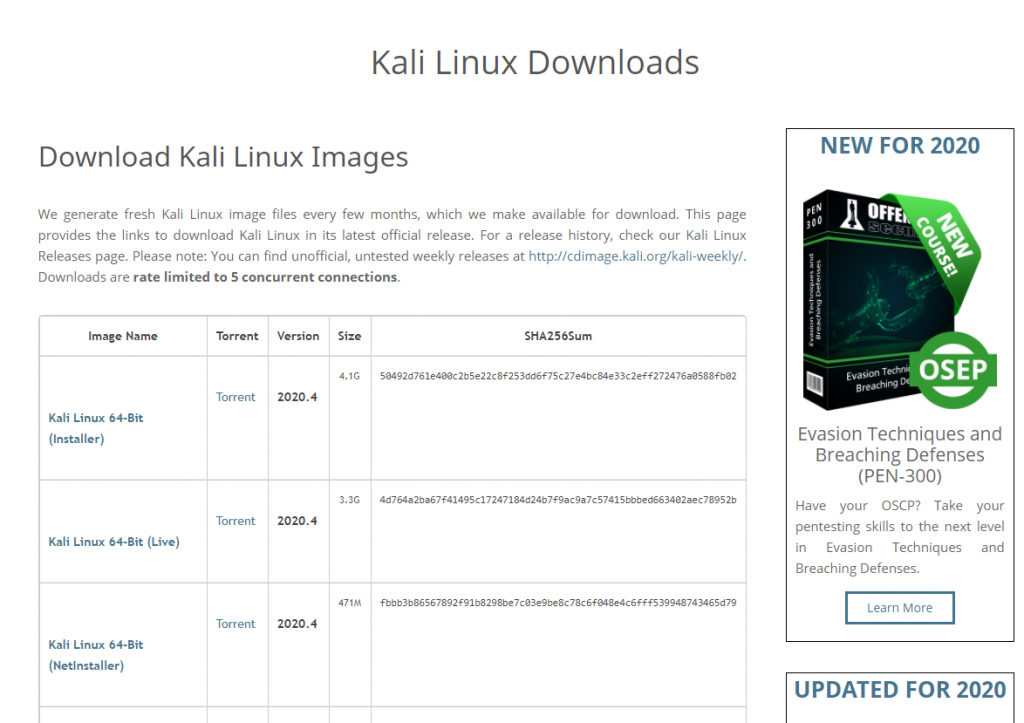 Note that in the list of downloads, there are also versions for virtual machines.

To get the Pi version, you can find a link to the ARM images on the same page below:

And download the version of the image you’re interested in – in this case, that would be Kali Linux Raspberry Pi 2, 3, and 4. You can download directly or via torrent. There are checksums next to the image to verify it.

Once the distribution is downloaded, you need to deploy it to the memory card. In Windows, you can do this with the Win32DiskImager or Etcher utilities in Linux and Mac environments with the standard dd utility.

The Etcher interface is simple: select the image, select the target disk, and the Flash button – write the image to disk.

In the case of dd, it is a bit more complicated. Example command:

The writing process will take up to 10-15 minutes, depending on the card’s speed.

Important!
dd does not show copying progress by default. In versions of gnu coreutils 8.4 and higher, it is possible to add the parameter status=progress to the command, and then it will show the operation status:root@kali:~ dd if=image.img of=/dev/sdb bs=512k status=progress

When the process is complete, you can insert the memory card into the Raspberry and do the first run.

After the first run, Kali will make some more adjustments, and the device can reboot again. You can monitor the process through a monitor connected to the HDMI output. In general, a monitor and keyboard/mouse are not needed as Kali SSH starts automatically, and the system is immediately ready for a remote LAN connection.

You need to find out the network device’s address, for example, with the nmap scanner or just in the table of connected clients on the router. When the IP-address is known, connect to it with any convenient ssh-client.

The default username is root, and the password is toor.

If you have a monitor and input devices, you can log in to the local desktop with the same credentials.

After startup, it is advisable to configure the disk configuration by extending the image to its entire space. The easiest way to do it is from the console (locally or via SSH). Here is an example of how to do it.

Choose commands one by one:

Note the start, end, and size values might be different from the example.

Next, the repartitioning itself is performed.

Create a new one:

And apply the changes. 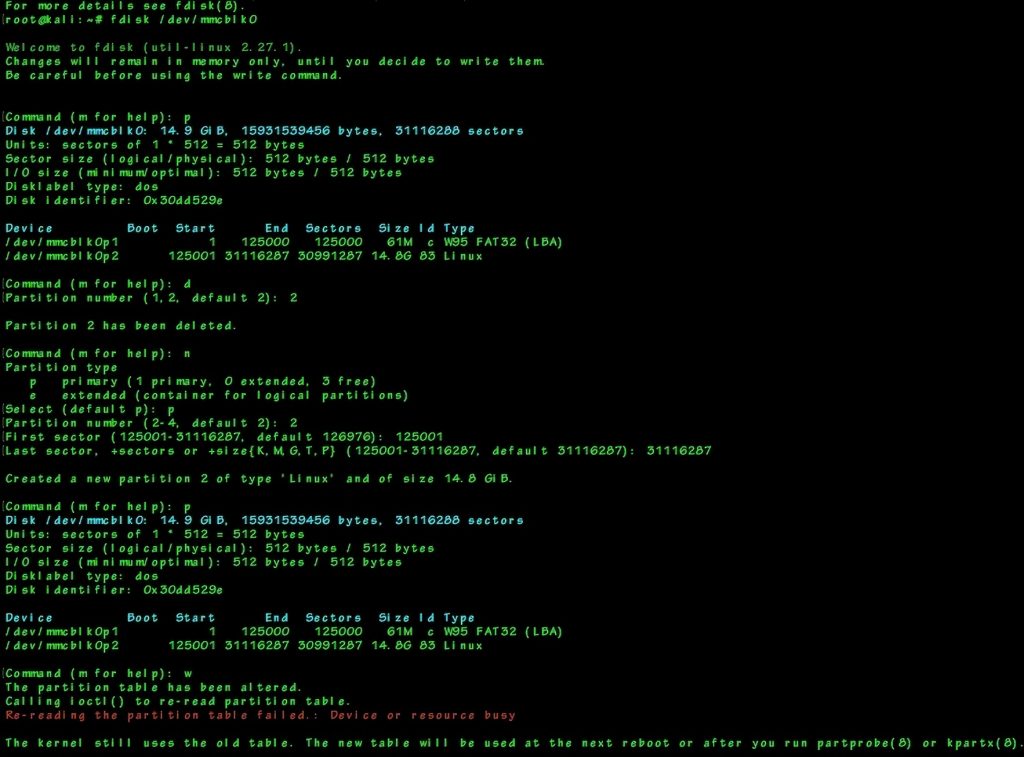 After that, you need to reboot the Raspberry Pi with the command reboot.

The first thing you need to do to secure the system is to change your own root password. This is done by using the standard passwd command.

You should also remove the default pi account if it is present:

It is extremely important to change the ssh keys on the device, as they are the same by default in freshly deployed Kali distributions.

To do this, run the following commands in the console:

When the first preparations are done, you can update the packages present in your system. It is advisable not to skip this step to ensure that you get the latest system and application software and security updates.

This will make sure that the system receives and installs all the updates that are available for it. 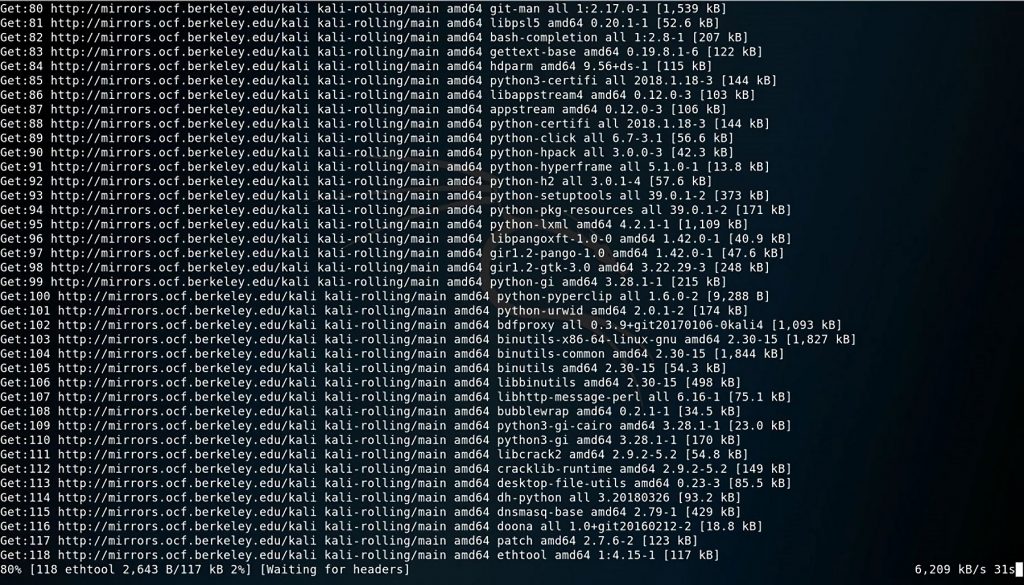 You can manage Kali via VNC. In order to do that, you will need to install a VNC server.

Once the program and dependencies have been downloaded, the server should be started. Example:

The command above specifies the screen resolution and color depth. The parameters may be different in each case.

When the server is up and running, it’s ready to accept connections. You can access it with any handy VNC client: 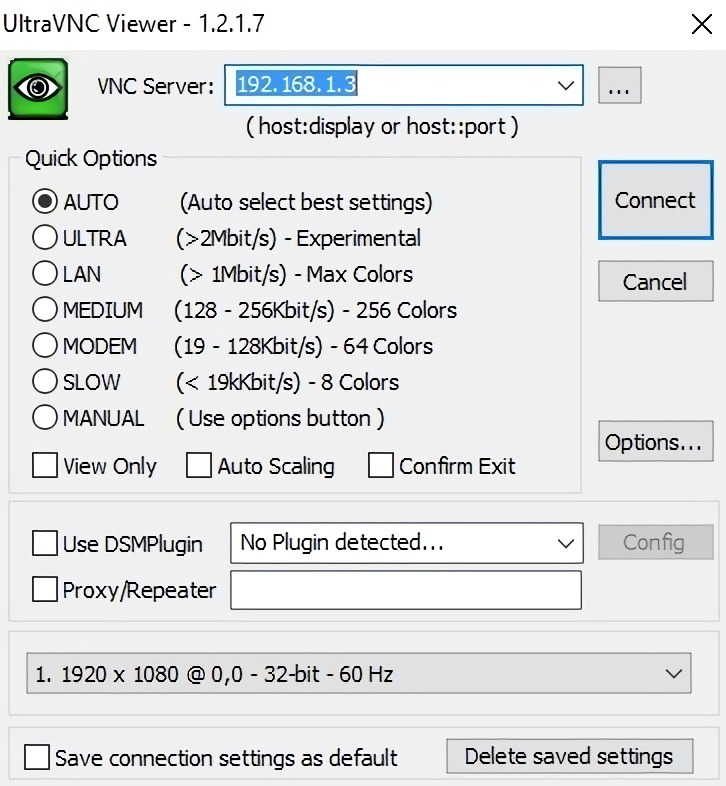 For remote access, you can connect using the standard Windows Remote Desktop protocol.

And start its service.

Add the service to the startup list to make it start automatically:

If everything is done successfully, you will be able to connect to the system as an RDP client. Example for Rdesktop from the Linux distribution: 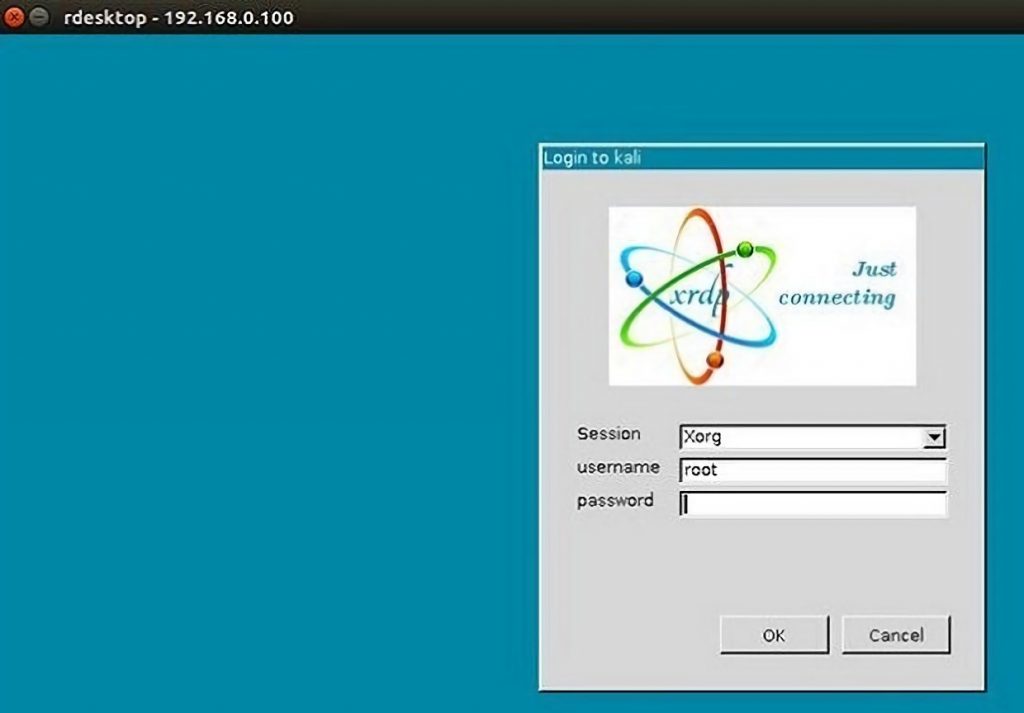 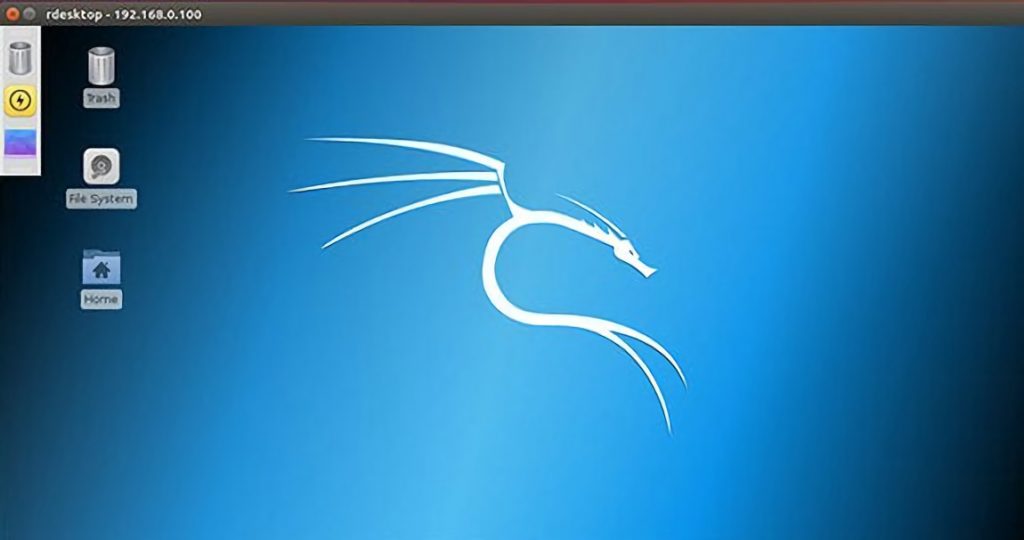 At this point, the basic configuration is done, and the system is ready to be explored and experimented on.

Kali is a powerful and interesting specialized Linux distribution appreciated by IT security professionals and “dark scene” players, who many are used to calling hackers. Combined with Kali Linux, the Raspberry Pi 3 B with its advanced hardware features gives almost unlimited space for security testing projects (called penetration testing), network hacking, and other tasks.

The RPi with Kali on board turns into a handy, compact, and versatile tool, a kind of a “picklock” for a specialist. With it, you can cost-effectively build a system for cybersecurity tasks, even at the enterprise level: the Kali Linux toolkit contains all the necessary software and utilities, and the Pi 3 B+ provides them with a suitable hardware platform.